Choosing the right toys for your dog may seem like an easy task, but have you ever asked yourself if you are really choosing those toys for your dog or for yourself? It’s easy to fall into the trap of choosing what appeals to us, after all, we are the buyers with money in hand and toy manufacturers know that. Even manufacturers of dog treats manipulate our choices, making dog treats with shapes and colors that are appealing to buyers, but that dogs could care less about. Let’s face it, if your dog was doing the shopping, he would ignore aesthetics and would head for the smelliest, albeit ugliest, dog treats on the market. Choosing the right toys for your dog entails putting yourself in your dog’s shoes and being aware of  marketing ploys that often trick our minds, often at an unconscious level.

Color is often not kept in consideration when choosing the right toy for dogs, but it should as it plays an important role in how your dog interacts with the toy. Dogs do not see colors in the same way we do. If we want to put ourselves in our dog’s shoes, we can say that our dog’s color vision is roughly similar to that of a person who is red-green color blind, the technical term would be a deuteranope.

If dogs were shown a green and red apple, they would have a hard time to discriminate between these two colors. You can see how a dog sees apples or a rainbow in a previous article, how do dogs see colors?

Dogs may therefore not be able to tell well the difference between red and green, but they have a better time detecting blue and yellow.

So what does this mean for dog owners? Based on these findings, it means that we should choose toys that are easier to notice such as blue or yellow (not coincidentally the colors often seen on dog agility obstacles), which is not  that easy considering that many popular dog toys are orange or bright red. Colors that may be appealing to us, but not to our dogs!

So yes, whether you are choosing a Frisbee or a ball to play fetch, your choice of color is important if you want it to stick out, especially for those dogs who love to retrieve toys for you. Choosing a red toy that is hard to distinguish from the green grass of the dog park can make life difficult for Rover.

“Overall, if we want dogs to distinguish between colors, the best colors to use are blue and yellow.” Dr. Sophia Yin, D.V.M, M.S

But Be Ready for Toys Being Torn Apart 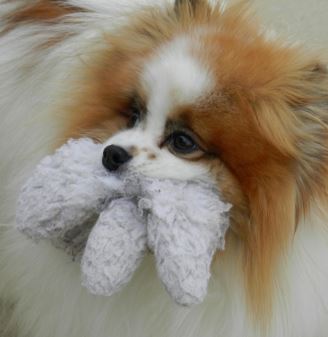 When you look at a dog toy, you may see it as something cute or appealing, but again you are likely looking at it from a human perspective. As humans we are stuck into thinking that toys must look appealing and cute perhaps because they remind us of when we cuddled with these toys at night.

Well, this may sound like a a harsh wake-up call, but from your dog’s perspective toys are perceived like prey animals to tear apart. No, dogs don’t play with their Barbie dolls as we do, nor do they cuddle with their toys to feel less scared at night and fall asleep.

Dogs want to chase toys and chew toys with their chompers as if they were prey animals they just caught. They enjoy to the whole evisceration and dissection process. So dog owners should not be upset if Rover manages to behead a teddy bear the first night and “de-guts” it to get all the stuffing out.

This is therefore something to keep into consideration before shelling out a bunch of money on a dog toy. Not surprisingly, sometimes the most fun objects are free, and dogs are often happy to shred boxes and paper just as cats are happy playing with a ball of tin foil.

” I often stop local thrift shops and Salvation Army stores to pick up a few small plush toys which are usually sold for less than a dollar. These are then sacrificed to my dogs who proceed to tear off their heads and limbs and scatter their filling about, much to my wife’s dismay.”~Stanley Coren 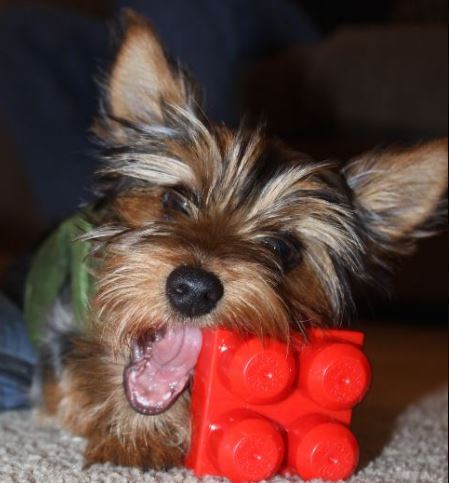 With a dog’s propensity to tear toys apart in mind, it’s also important to consider safety. Some toys may be OK for small dogs or dogs who aren’t too destructive, but they still require close supervision.

If your dog has a history of ingesting foreign objects skip toys that have pieces that can be torn off and swallowed or toys that can be ripped apart. Also, be aware of the dangers of squeakers.

When working for a vet a few years back, toys with squeakers inside where a big hit, but sadly many dogs managed to get the squeakers out  and ended up ingesting them. This practice often led to blockages requiring expensive surgical intervention. I still remember as of today a dog owner complaining about how a two dollar toy ended up costing her almost a thousand dollars in surgery to get it out.

Sure, not all dogs eat toys when they break them apart, but for those who do, it can be very problematic. So if your dog has a Hoover reputation, look for toys crafted with sturdiness and safety in mind. They might not be as fun, but hey, safety is always paramount. Some toy companies are so confident their toys are sturdy, they have even started to offer money back guarantees if your dog manages to break them apart.

“Because we think that dogs perceive toys in the same way that wolves perceive prey, they prefer toys that either taste like food or can be torn apart, however the latter can cause health problems if the dog accidentally swallows some of the pieces.”~John Bradshaw

And Consider Joining In the Fun. 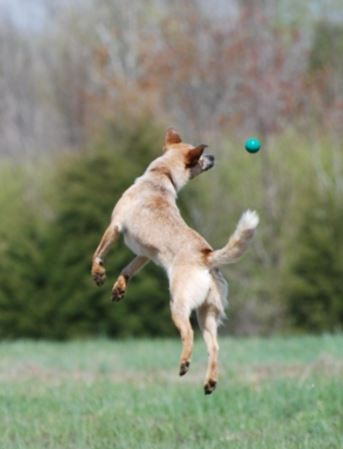 According to a study published in the journal Animal Cognition, 16 Labrador retrievers between the ages of one and eight were provided with different types of toys of  different colors, and with different smells. The toys were given to each dog one at a time until the dogs stopped interacting with them and then were swapped with a different toy.

All dogs in the studies showed interest in the toys, but the interest was rather short-lived. The results suggest that dogs are prone to exploring new objects in their environments, but they quickly get accustomed to their sight, smell and feel, which leads to boredom and little further interest.

What do the results of these studies mean for dog owners? They suggest that dog toys need to have some elements to keep that interest alive. One of the best ways to bring a toy “alive” is by using it to play fetch or perhaps attaching it to a flirt pole.  Balls that bounce around attract because of their unpredictability, Frisbee and tug toys encourage dog and human interaction. Dogs love interaction with their humans and becoming part of the game allows owners to spend quality time with their dogs which also helps with bonding.

““For an animal as social as a dog, toys only become really excited when they are part of a game with a person. Few toys will sustain a dog’s interest for long if the owner is not around to offer encouragement.” ~Bradshaw 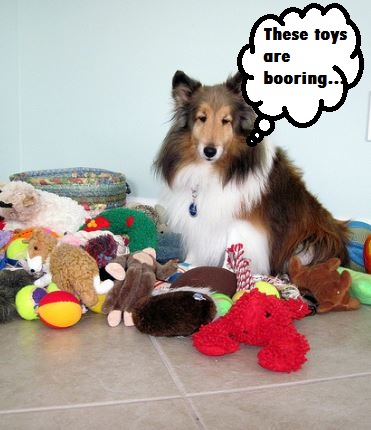 And Don’t Forget: Variety is the Spice of Life!

Being too stingy in the toy department may translate into dogs who grow easily bored of their toys. If your dog’s toys are getting dusty, chances are there is not much variety going on.

Choose dog toys of different textures, producing different sounds and with different shapes and sizes, while keeping safety in mind. Then rotate these toys randomly so that they preserve an element of novelty.

This means you might want to keep them out of sight for some time and then bring them back out so that your dog gets to enjoy them again and again. Another idea is to get creative and change a bit how your every-day dog toys look or smell.

You can try to stick some toys in your dog’s bag of kibble for a few hours so they get impregnated with its taste and smell, or if feasible, you can try sticking a toy inside another one and letting your dog work on dislodging them. You can also hide your dog’s favorite toy under a blanket or bench and let him find it, or turn it airborne by hanging it to a rope by a tree. Just think outside of the box and get creative!

“Instead of leaving toys out all the time so that they lose their appeal, toys can be put out of sight. Old toys can be rotated back into sight as somewhat ‘new’. Like old Seinfeld re-runs.”~Julie Hecht

Did you know? According to 2015-2016 APPA National Pet Owners Survey, dog owners spend an average of $47 annually for dog toys.