While dogs can’t talk, we must admit that Mother Nature has blessed them with the capacity to produce a variety of sounds and at one point or another one may wonder what’s the difference between dog howling and baying. Most of us are familiar with the sound of dogs howling, dogs are often heard howling at sirens or when the owners leave the house. Baying is typical of certain dog breeds and it may be confused sometimes for howling, but the noise produced is a tad bit different and the purpose may be a bit different as well.

A Word About Howling 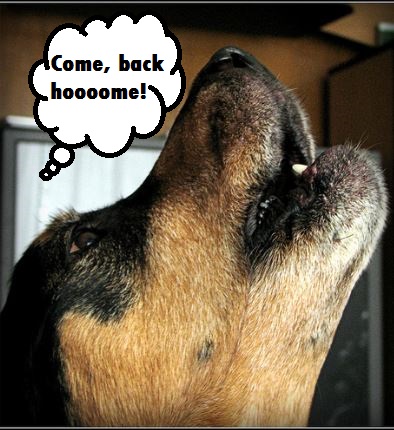 Howling is the sound often associated with canines in the wild and is characterized by a prolonged, loud, wailing sound. The howling sound is used by wolves for aggregation purposes, a way to reunite other wolves to gather for the hunt.

It may happen that the wolves are scattered about with some sleeping and others wandering, and being that wolves take a cooperative approach to hunting, it’s necessary for them to unite. Howling in this case therefore elicits social contact.

Howling in wolves has also a social function, when wolves are howling in unison, it creates a sense of belonging, a sense of group cohesion.

As we have seen in a previous article, dogs are different from wolves in many ways, and domestication has brought some changes in the ways dogs communicate vocally. For instance, since dogs no longer hunt for their meals and are fed kibble from a bag, howling to gather a group for a hunt has lost its original function and therefore dogs howl less. Dogs however, bark more considering that barking was selectively bred by humans so dogs could alert them of the presence of other animals or strangers.

Although dogs tend to howl less than wild canines, the howling behavior is often evoked by sounds like sirens, musical instruments such as flutes or harmonicas, other dogs howling or the owner mimicking a howling sound. Howling can also take place in dogs when they are separated from their owners and feel lonely. In this case the mournful howl may denote a dog’s desire to re-unite with his family.

Did you know? When wolves howl together, they harmonize rather than emitting the same notes so that they give the illusion of there being more wolves than what they really are. Recordings of wolves have shown that no wolf wants to end up howling using the same note as another.

A Word About Baying 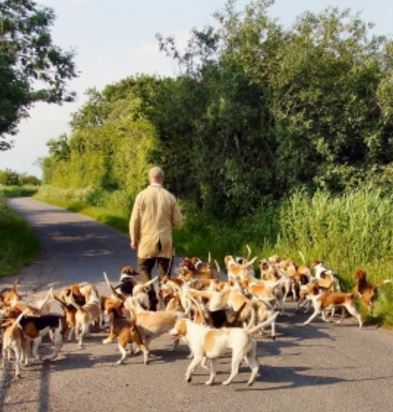 Over hundreds of years, hunters found the “howling” sounds produced by dogs productive because it carried a long way and was helpful when working with dogs following trails over certain distances. Hunters could loose sight of their dogs because of distance or thick vegetation and their vocalizations could keep them aware about their whereabouts.

Certain dogs were therefore selectively bred over hundreds of years for their ability to “bay,” or “give tongue,” a distinct vocalization that has a tendency to become more intense and enthusiastic the closer the dog gets to the animals that are hunted.

This increase in intensity draws the attention of other dogs and hunters to gather at the trail area or where the animal is cornered.

Did you know? In hunting terms a hound who happens to vocalize when there is really nothing significant going on is called a “babbler.”

“As the scent becomes stronger, suggesting that the pack is now very close to its prey, the baying becomes a bit less melodious, as the individual sound phrases become shorter in duration but more frequent, and the massage now shifts to mean “Let’s get him!” or “Altogether now!”~ Stanley Coren 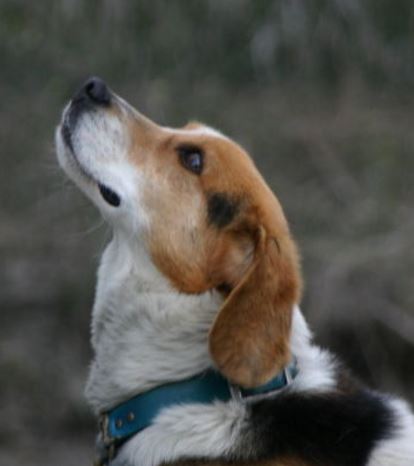 Howling is the noise produced by wild canines and in certain circumstances by the domesticated dog; whereas, baying is the sound exclusively emitted by hounds. You’ll therefore have beagles baying when they catch the scent of quarry and coonhounds baying when game has been “treed.”

If the two vocalizations were compared, howling would entail a single note, whereas baying would comprise more variations within the tone and short bursts, explains Stanley Coren, the book “Do Dogs Dream?: Nearly Everything Your Dog Wants You to Know.”

One may also assume that baying is much more enthusiastic than a mournful howl and even though it has an element of “come join me” it’s more geared towards gathering the hunter and other dogs to the area where something exciting was found.

However, as much as baying may seem the result of years of selective breeding, it’s still likely reminiscent of a dog’s ancestors after all, considering that wolves too emit vocalizations upon detecting prey. According to Seton, author of  “Life-histories of northern animals : an account of the mammals of Manitoba page 770, ” a “muster” or a “rallying cry” may be emitted by a wolf upon finding game that is too big for him to confront alone, while a higher pitched howl vibrating on two notes known as the “hunting song, corresponds exactly with the full cry of a pack of hounds on the hot scent!”

Did you know? There are chances that the word beagle derives from the old French word “becguele” meaning “noisy person,” or more literally “bayer” meaning “open throat” due to this dog’s loud baying.