Almost everybody is familiar with the papillon dog breed, a small dog breed known for its flashy looking fringed ears that somewhat resemble butterflies, but not many people are familiar with the phalene variety, a variation of this breed that is gradually undergoing a resurgence in popularity. Interestingly, the American Kennel Club accepts both varieties which are categorized as the same breed. In the USA, papillon are allowed to breed with phalene and their matings can produce litters encompassing both varieties. This is in contrast with what is allowed in nations governed by the Fédération Cynologique Internationale where the papillon and phalene are considered two distinctly separated dog breeds.  So today we will be discovering what’s the main difference between the papillon and the phalene. Will you guess the right answer?

What’s the main difference between papillon and phalene?

A  Their distinguishing feature is their tails.

B Their distinguishing feature is their size.

C Their distinguishing feature is their coat color.

D Their distinguishing feature is their ears.

The correct answer is D, the main difference between papillon and phalene is their ears. 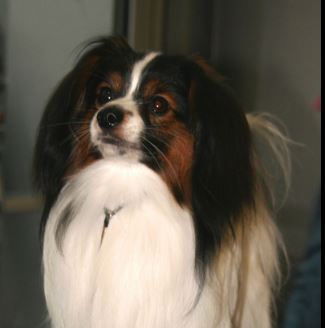 The phalene is a variation of the papillon, and, as mentioned, the main distinguishing feature that differentiates the phalene from the papillon is the ears. The phalene has dropped ears. The American Kennel Club describes the ears as being similar to the erect type, but being completely down.

Phalene are known to be one of the oldest specimens of the toy spaniels, also known as Continental Toy Spaniels, from which they descend. Phalene are basically the earliest form of the papillon.

There is belief that it is towards the end of the 19th century that fanciers started breeding a version with the erect ears. This version was called papillon, meaning butterfly, while the version with dropped ears was called phalene, meaning night moth.

While some years ago, the popularity of phalene diminished to near extinction, fortunately nowadays there has been growing interest in breeding this variety.

“In judging the phalène it should be remembered that apart from the ears the variety is identical in all other respects to the papillon and should be judged accordingly.”~Papillon Club of America 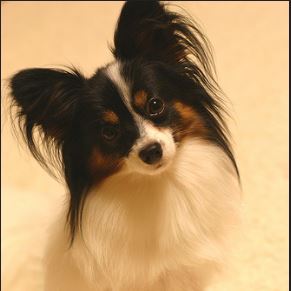 The ears in the papillon are described as being erect and carried obliquely, moving like the spread wings of a butterfly. These small dogs were much cherished by royal families around Europe, with many of them being portrayed in works of art.

It was towards the end of the 19th century that the ears of the papillon become fashionable and the breed became quite popular, much more than the phalene and was therefore given the name of papillon due to the distinguishing feature.

“Suddenly, toward the end of the 19th Century, the erect ear carriage with its butterfly appearance became highly fashionable. In fact, it so caught the public fancy that the new term of “Papillon” quickly became the name for the entire breed.”~Rachel D. Kemmerer