Among the variety of procedures dogs undergo, ear plucking is one that is often a subject of controversy, with some people suggesting its use and others frowning upon it. Not all dogs need ear plucking, there are certain dog breeds that it is believed need it more than others. But what exactly is ear plucking? The procedure is perhaps not that as common as other ones, but we thought to add it in our trivia collection. So today’s question is:

What is Dog Ear Plucking?

A It’s another term for cropping a dog’s ears

D It’s the term for removing any awns, grasses or thorns stuck to the fur of the dog’s ear

The correct answer is C: dog ear plucking is the removal of hair from a dog’s ear canal. 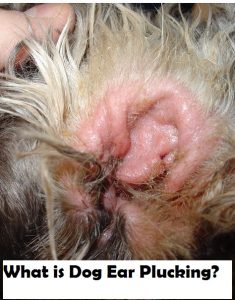 An Insight into the Procedure

What exactly is dog ear plucking and what does it entail? Ear plucking is a common dog grooming procedure where the hairs from a dog’s ear canal are pulled (plucked) using either fingers, hemostats or some other tool for the purpose.

The dog’s hairs in the ear canal should be removed little by little, versus large chunks all at once so to help prevent irritating the dog’s delicate ear canal skin.

Is dog ear plucking a painful procedure? Many groomers say it is not, but considering that hair is innervated, it must certainly not be a pleasant one.

We watched several videos and saw many dogs twitch and whine. However, there are chances that after a while, the hairs become easier to pluck out, which should make the procedure less painful. Some groomers use special ear powders which are meant to make gripping the hairs easier.

The Purpose of Dog Ear Plucking

What’s the purpose of ear plucking? There is belief that ear plucking is a needed procedure for certain dogs as it removes excess hair from the dog’s ear canal, allowing more air flow. It is mostly used in hairy dog breeds such as poodle, schnauzers, Maltese and bichons to prevent the hair in their ears from trapping moisture, which is a predisposing factor that increases the chances for bacterial and yeast ear infections.

One Side of the Story… 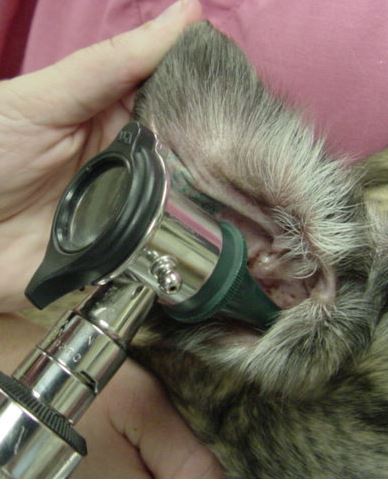 Veterinarians and groomers have been frowning about the dog ear plucking procedure because it can irritate the ear canal and the tiny wound left from the procedure actually end up causing micro-inflammation in the hair follicles, attracting more bacteria compared to just letting the hairs be.

Also, the irritation may lead a dog to scratch and shake his ears more which may lead to more problems down the road.

Dr. Heide Newton, a veterinary dermatologist claims that groomers should stop plucking ear hair from inside a dog’s ears, explaining that “healthy ears are self-cleaning.” She recommends instead that groomers continue the practice of ear cleaning, massaging the ear so to remove any wax and debris from the ear canal using products specially formulated for ear care. When it comes to removing hairs, she just suggests clipping excess hair from around the ear opening.

There are really no studies out there that have found a correlation between an increased number of hairs in the ear canal with the incidence of ear inflammation, points out Dr. Christopher G. Byers with MidWest Veterinary Specialty Hospital in Omaha. Dermatologist Dr. Paul Bloom also agrees that ears should not be plucked, but if there is an infected ear, he says those hairs gotta come out so to clean the ear out, but otherwise those hairs should be left alone. You can listen to his statement below.

“I also recommend not to pluck the hair from the ear canals of dogs during grooming, as this creates inflammation within the canal that often leads to secondary infections.” Dr. Amelia White, veterinary dermatologist.

And the Other One 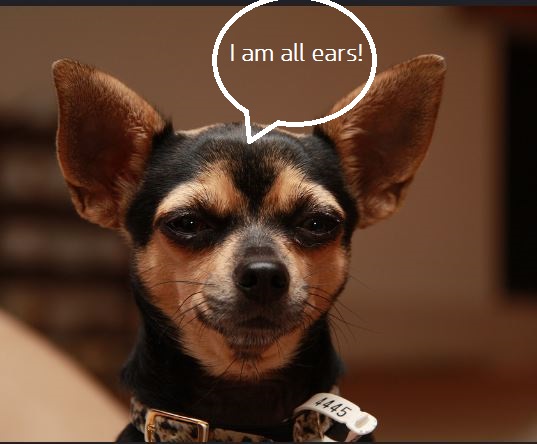 It’s always interesting hearing both sides of the story when there are controversial practices under debate. Dr. Anthony Remillard with Acupet Veterinary Care of is well aware of what dermatologists think about plucking dog ears, but he shows another side of the story.

In his article, he observes how years back when ear plucking was still quite popular, dogs’ ears were much healthier and  with the ear canal’s micro-environment in better shape than today.

He claims that when the hair is plucked for the first two or three times, micro-inflammation might form, but soon, the hair follicles should become easy to pluck out causing little to no inflammation. He therefore concludes than when hairy-eared puppies are groomed and plucked from an early age, the ears can be easily be kept healthy and hair free.

“Any dogs (at any age) with significant amounts of hair in their ears should have the hair plucked out routinely, usually at least every 6 weeks…Plucking hair from the ears allows a deep, thorough cleaning of any built-up wax or debris, and allows the canal to breathe, thus keep the canal drier.”~Dr. Remillard

We understand that dog ear plucking is a controversial issue, but thought it would be interesting discovering both sides. What are your experiences and thoughts on dog ear plucking? Feel free to post in the comments below.

Disclaimer: this article is not meant to be used as a substitute for professional veterinary advice. If your dog is prone to ear infections, consult with your vet.