The term achondroplasia is used to depict dogs who have bones that do not grow to normal size, causing them to be of a disproportionate short stature leading to what is known as “achondroplastic dwarfism.” Achondroplasia is considered a genetic condition, meaning that it’s passed down from a generation to another. As much as this disorder may appear problematic up to the point of being crippling in severe cases, achondroplasia is actually encouraged in certain breeds of dogs and is even in their breed standard. 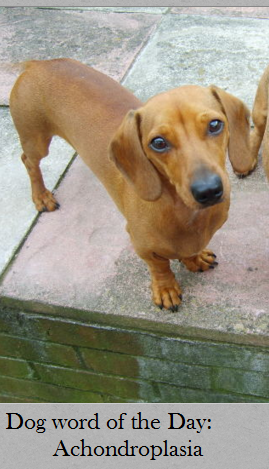 A Lesson in Etymology

To better understand anchondroplasia, let’s first start off by taking a look at the history of the word. The “a” in this case is used to mean “not.” The word “chondro“comes from the ancient Greek word, khóndros,  which means cartilage, and the word “plasia” which means growth. Put all these words together and you get “a condition where there is no cartilage growth,”or to word it even better,  “a condition where there is deficient growth of cartilage.” How does this happen though?

A Glimpse at the Process

When a puppy is developing in the womb, its skeleton is made of a flexible material known as hyaline cartilage. Only later, as the puppy develops, its cartilage will transform into bone, through a process known as ossification. When puppies have a mutation in the gene responsible for converting cartilage to bone, this results in shorter bones, a peculiarity that is readily noticeable soon after birth. In particular, the effect is most noticeable in the bones of the legs which appear shortened. This is why the term micromelic (meaning short limbs) acondroplasia is often used. On top of appearing shortened, the legs may appear deformed with bowed forelimbs. 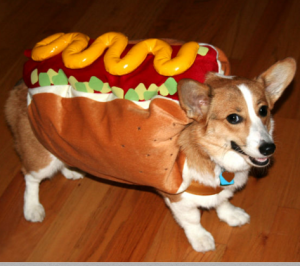 “Some breeds of dogs have been bred through the selective encouragement of achondroplasia to achieve short limbs, such as the Dachshund, Skye Terrier and Welsh Corgi.” ~Vetary

While achondroplasia is desirable in certain dogs breeds, in some others it’s not in the breed standard and it’s considered a serious genetic fault. In this case though, it would be more correct to say that these dog breeds suffer from “chondrodysplasia.” In this case, if we look at the etymology, we will notice the the word “chondro” again coming from the ancient Greek word, khóndros,  which means cartilage, while the word dysplasia comes from the  Ancient Greek  dys-, meaning “bad” and  plasis, meaning “growth.”: Put these words together and you have a bad, or better, “abnormal development of the cartilage.”

In what dog breeds is this highly undesirable? In many, but it’s considered particularly problematic in Alaskan Malamutes, Scottish deer hounds, Karelian Bear Dogs, Norwegian elk hounds, Great Pyrenees, German shepherds. The condition in these dogs may not be readily detectable at birth, but signs may manifest later on when the affected dogs show shortened limbs compared to other dogs of the same breed and age. In severe cases, these alterations may cause a crippling effect, but in less severe cases there may be no associated clinical problems. Fortunately, in the negatively affected breeds, the alterations appear to be due to autosomal recessive inheritance, making them slightly less likely (which is why we don’t see it quite as often); whereas, in the dog breeds where it’s desirable by standard, it’s a matter of dominant inheritance. 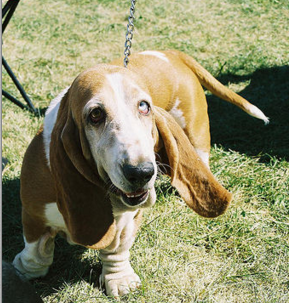