Your dog’s skull is there for a great reason: to encase and protect your dog’s brain. A dog’s skull is compose of several bones, some of them surround the brain, others are just part of your dog’s facial structure. Since dogs come in different sizes, their skulls may vary accordingly. Learning more about your dog’s skull is not only interesting but also helpful, so you can recognizes signs of trouble. Let’s therefore discover some information about a dog’s skull, it’s anatomy and functions and problems this body part may be involved with. 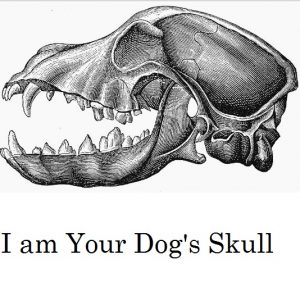 Hello, it’s your dog’s skull talking! You might not be aware of how I look like exactly, but you may stumble on some resemblance of me when you visit a museum that houses skulls of wolves. However,  when it comes to canine skulls, imagine a scaled-down version considering that the overall size of a dog’s brain is nearly 30 percent smaller than the brain of wolves (Coppinger and Schneider 1995; Zeder 2012).

There is belief that domestication may have contributed to the shrinkage of some areas of the wolf’s brain, (the dog’s ancestor) with the limbic system in particular being affected, an area integral for the fight of flight response.

This shrinkage has been further noticed in the Farm Fox Experiment, where domesticated foxes in Novosibirsk, Russia, also showed changes in the dimensions of their skulls, a trait that has been associated with tameness (Trut 1999; Zeder 2012). 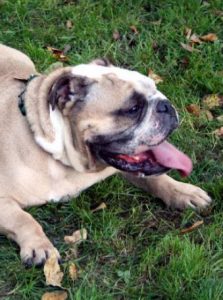 As mentioned, I can come in different sizes. In brachycephalic breeds, such as bulldogs, pugs, and Boston terriers, I am quite compact, with  a “short head” while in dolichocephalic breeds such as Afghan hounds, Salukis and collies, I feature a long head with long, narrow snouts and orbits that are less forward set, so to enhance  a sighthound’s ability to scan the horizon (Miller and Murphy 1995; McGreevy et al. 2004) so they can effectively spot prey. And then you have the average skull shape as seen in mesaticephalic dogs.

I Protect the Brain 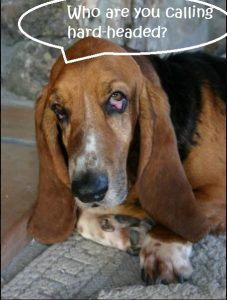 Has your dog ever bumped his head against a table making a loud noises that had you wondering whether he got hurt? If so, you must thank me if your dog shakes his head once or perhaps twice, and then just walks away as if nothing ever happened.

I am quite thick, making your dog quite “hard-headed,” so to say. I am surrounded by  cerebrospinal fluid CSF providing both nutrients and protection to the brain. My main job is therefore to protect your dog’s brain and central nervous system. Quite an important task no?

Did you know? Those lines between the bones of the skull are called sutures. 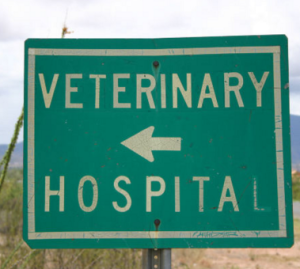 While I have a protective role and provide structure to your dog’s facial features., sometimes I may be subjected to problems, and some of them may need immediate attention! Please play it safe and report to your vet immediately if you notice problems associated with me.

Even though I am quite tough, I can still be predisposed to head trauma. Bumping me against a table may not be enough to cause major problems, but being hit by car or kicked by a horse, can cause me enough trauma that I no longer may be able to protect the brain, and therefore, alterations to the brain’s physiology may occur.

This can lead to several complications such as abnormal glucose levels, electrolyte imbalances and acid-base disturbances, and even blindness if the ocular nerves are affected. Dogs suffering from head trauma may exhibit an altered state of consciousness, pupils of unequal sizes, stiff or flaccid legs, staggering gait, abnormal eye movements, tilted head, blood loss from ear canal or from the nose and breathing changes. Sometimes dogs may also develop vomiting following a severe blow to the head.

Did You know? According to a study, it was found that dogs who sustained a head trauma had a higher chance for developing seizures, especially in the immediate or early post-traumatic period.

“Fortunately dogs tend to have quite a thick skull that makes them less likely to suffer from major damage when hitting their head against a table or chair, explains veterinarian.”~ Dr. Fiona.

Remember when we talked about me having a big hole called the foramen magnum that’s meant to allow the passage of vertebral arteries and the spinal cord? Well, in some dogs, I am too small to accommodate all of the brain’s cerebellum, so part of the brain may descend out of me, with the end result of obstructing the normal flow of cerebrospinal fluid (CSF).  This condition is quite widespread in the Cavalier King Charles Spaniel (it’s estimated that 50 percent of them are affected) and the Brussels Griffon. Affected dogs develop syringomyelia (SM) where fluid-filled cavities develop within the spinal cord due to the variable pressure created by the abnormal flow of cerebrospinal fluid. Affected dogs develop pain and of the earliest signs is a hypersensitivity in the neck area, causing them to insistently scratch the neck area. 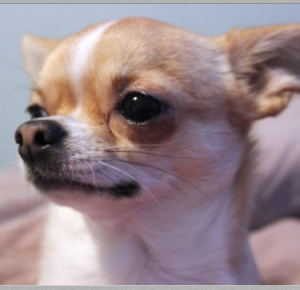 As in babies, some puppies are born with a soft spot in their skulls, also known as fontanel or molera. Why do I have such soft spot? This lack of complete closure of my bone plates is actually meant to allow an easier passage of the pups through mother dog’s birth canal. This soft spot is more common in certain dog breeds such as apple head Cihhuahuas,  Pomeranians and shih tzu and several toy breed dogs. Once the puppies are born though, my plates will eventually harden and the soft spot should disappear.

However, sometimes things may go wrong and dogs may have what’s known as hydrocephalus. In hydrocephalus, a dog’s cerebrospinal fluid (CSF) accumulates inside me because it doesn’t drain from the central nervous system as it should. Affected puppies may have seizures, be blind, have a dome-shaped and an unusual gait. Not all open fontanels though are connected with hydrocephalus.

As with other bones, I can be prone to developing benign and malignant cancers. An osteoma is a benign growth, where a piece of bone grows on me, while a fibrosarcoma or osteosarcoma are malignant bones masses.  How can a veterinarian tell them apart? According to Critical Care Vet, an x-ray is not diagnostic, so a biopsy is needed.

As seen, I am very important! Just imagine for a moment how life would be without me. Your dog’s Jello-like brain would be getting traumatized every time your dog would move! I hope this article has helped you understand me better!

Disclaimer: this article is not meant to be used as a substitute for professional veterinary advice.  Please see your vet immediately if your dog sustained any type of injury or your dog is acting abnormally.