When do puppies develop their sense of smell? Today is Surprising Saturday, and we thought it was quite surprising learning that puppies are capable of using their sense of smell even before they are born! What’s even more interesting though is that there seems to be an evolutionary advantage as to why a pup’s sense of smell is present so soon. And this isn’t exclusive to puppies, it’s something that apparently occurs in human infants too. Read on to learn more. 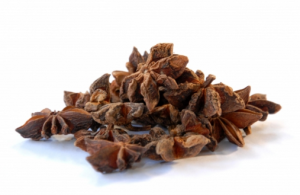 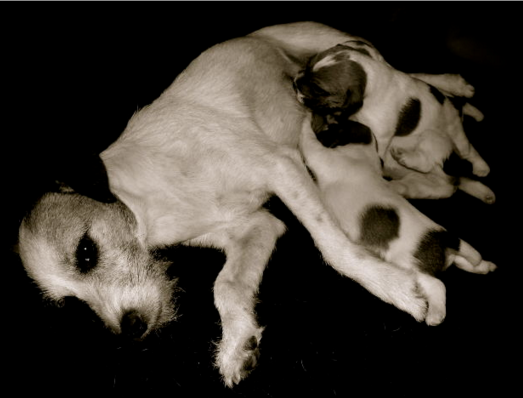 Further proof of puppies using their sense of smell when still in the womb comes from taking a peek at them via ultrasound. Through an ultrasound, scientists were capable of gaining an “inner view” of what goes on in the womb two weeks prior to the puppies being born. The scientists found that the puppies were “exercising” their breathing muscles during this time. It’s likely that this “breathing time” provides puppies the opportunity to learn more about their mother’s distinct odor and the odor of the food she has been eating, suggests animal behaviorist John Bradshaw in the book “Dog Sense: How the New Science of Dog Behavior Can Make You A Better Friend.” 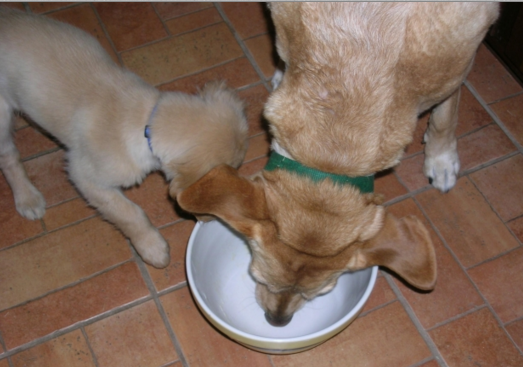 Why would puppies rely on their sense of smell when they are still in the womb? Interestingly, there may be an evolutionary advantage. This form of chemosensory prenatal learning may aid the puppy in learning what foods are safe to eat when weaning time is around the corner. With smells passing through the amniotic fluid, and then flavors passing in the milk, puppies may rely on their mother’s knowledge to learn about which foods are safe to eat and this can influence the puppy’s future dietary preferences. These two types of prenatal and postnatal exposure, provide the puppies with a longer period of experience on what’s safe to eat, important factors that aid in promoting their survival, further explain Peter G. Hepper and Deborah L. Wells in the study.