Canine terminology is quite fascinating because every little area of specialty has crafted its own terms and discovering them can be quite intriguing, especially when people add that special creative touch. Among the world of gun dogs and hunters, the term “steady to wing and shot” is quite popular, but what exactly does it mean? No, there’s no need to go joining your local hunting association or start asking around, as today we’ll be discovering what “steady to wing and shot” truly means. 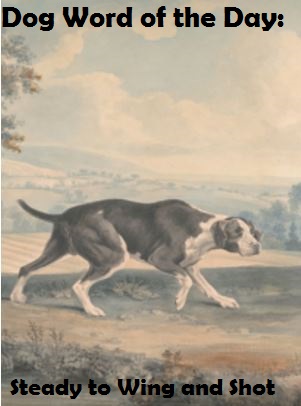 In order to understand the definition of “steady to wing and shot” it’s helpful to first learn a bit more about gun dogs and the training these dogs undergo.

Gun dogs are dogs that are used to hunt different types of game, but most of them encompass dogs trained to hunt upland game birds. Gun dogs include retrievers, flushing spaniels and pointing breeds, and each of these dogs are trained for specific tasks.

In particular, dogs used to hunt upland birds are the ones that are often required to remain “steady to wing and shot. ”

When a bird is spotted, it’s imperative that the dog doesn’t interfere as the hunter aims and shoots at the bird. “Steady to wing and shot” simply means that the dog stays immobile when a bird rises (wing) and when the gun is fired (shot).

It’s important to recognize that these behaviors are not natural for the dog as a dog’s instinct is to chase their prey, therefore it takes some time for a gun dog to attain this level of impulse control. Generally, this ability comes with maturity and experience. Being able to steady to wing and shot is something that is required almost in all field trials.

Training Dog to Steady to Wing and Shot: A Matter of Safety 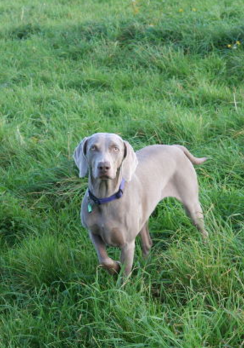 Why is there a need for a gun dog to be “steady to wing and shot?” It’s for the most part a matter of safety.

It would be quite horrifying for a hunter to be put into the position of risking shooting his four-legged hunting partner as he runs ahead the moment the birds are flushed, remarks Mike Spies, in the blog “Living with Bird Dogs.”

On top of that, if a dog is hunting birds that form small flocks such as quails, Hungarians and sharp-tailed grouse, chasing them the moment they flush, would end up creating chaos, further points out Spies.

Not all hunters though think it is essential to train a dog to steady to wing and shot. Indeed, steadiness in a gun dog is subject to controversy and there are different views on this depending on what hunter you ask.

Sure, having a dog trained to “steady to wing and shot” comes extra handy, especially when hanging out with hunters whose skills you do not trust, but having a dog who rushes ahead to retrieve rather than holding steady offers an advantage: being closer to any downed or crippled birds, which increases the retrieval rate, explains David Gowdey, author of the book “The German Shorthaired Pointer: a Hunter’s Guide.”

On the other hand, Richard D. Weaver author of the book  “Training Your Pointing Dog for Hunting and Home” explains that in his over 35 years experience in the field, he has found that a steady dog is actually better as he keeps his focus on the bird and watches it fall. Watching the bird fall is easier if a dog is stationary versus a dog who is running. Weaver further claims that failure to train a dog to steady wing and shot is due to laziness or lack of know-how…So there you have it, two different views on training hunting dogs.