We always knew that some animals such as birds, reptiles and insects (think bees) were capable of seeing ultraviolet, but a new study has revealed that dogs may be capable of seeing some level of ultraviolet too. In a previous article on how dogs see colors, we saw how dogs see colors differently than we do. For sake of comparison, dogs see color as a person who is red-green color blind (a deuteranope). Most likely, the reason dogs see colors poorly is because color detection wasn’t very important for dogs as  their ancestors must have relied more on movement rather than color to capture prey animals. Compared to humans though, dogs are able to see in the dark better than us, an evolutionary advantage that came handy when the dog’s ancestors were busy hunting down nocturnal critters. With all this in mind, it would be interesting knowing what advantage there may have been for dogs seeing ultraviolet light.

What exactly is ultraviolet light? The normal light we are used to seeing is known as visible light. Visible light, which is visible to the human eye, is known for having wavelengths in the range of 400 to 700 nanometres (see picture below). Ultraviolet light, on the other hand, has shorter wavelengths than visible light, in the range of  400  to 10 nanometres, and on the opposite side of the spectrum, infrared light has longer wavelengths ranging from  700 nanometers  to 1 mm. Ultraviolet light is invisible to the human eye because our lens absorb this type of light so it never gets to reach the retina. The only way people may see ultraviolet is when their lens are removed and not replaced, as it may occur in some cases of cataract surgery.

♣ Curious Tidbit: There is belief that the artist Monet was capable of seeing ultraviolet after undergoing cataract surgery and this influenced his paintings causing him to paint flowers with a blue tinge. 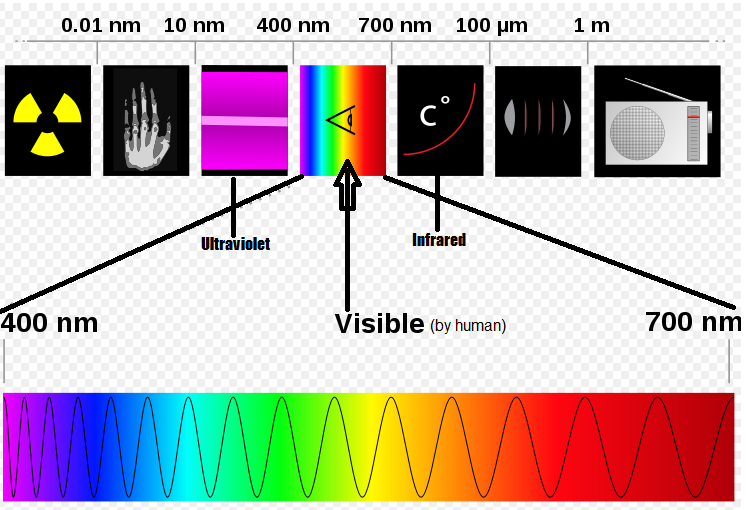 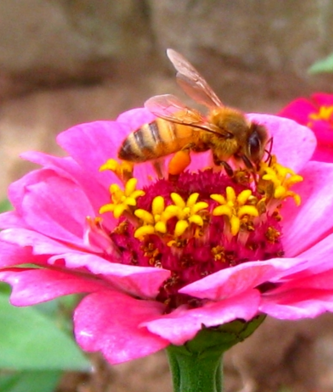 Many animals have UV-transparent lens allowing UV vision which helps them in different scenarios. In birds, ultraviolet vision may be helpful in courtship. Some birds have reflective patches on their feathers that are invisible to the human eye, but that birds can easily distinguish. These reflective patches are often displayed during mating rituals. Among blackbirds, females seem to respond more to males boasting bills with good UV reflectiveness during the period of territory establishment. On top of that, the waxy surface of certain fruits and berries reflect UV light so that the birds have an easier time identifying them. Birds aside, among bees seeing ultraviolet aids them in finding nectar, among rodents, it aids them in detecting UV-reflecting urine trails and among reindeer it helps them spot polar bears whose coats tend to blend in with the snow.

“There are many examples of things that reflect UV, which UV sensitive animals could see that humans can’t. Examples are patterns on flowers that indicate where nectar is, urine trails that lead to prey, and reindeer could see polar bears as snow reflects UV, but white fur does not.”Ronald Douglas, Discovery News. 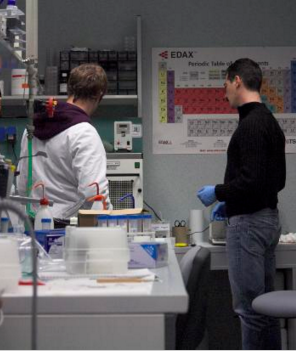 Scientists always knew that several insects, birds and reptiles were capable of seeing ultraviolet. Among mammals, this ability was always considered rare and restricted to only a few species. A study published in the Proceedings of the Royal Society B, revealed instead that things are different than thought. Researchers examined the eyes of dead animals donated from zoos, veterinarians and slaughter houses ranging from hedgehogs to dogs and cats. The researchers found that the lens of many mammals including hedgehogs, dogs, cats, ferrets and okapis, allowed some ultraviolet light through. It was also found that animals who had lens that blocked UV light had retinas with a high number of cones, suggesting that the trade off for not seeing UV light is increased visual acuity. Moral of the story? If we were to see UV light, life would look quite blurry!

“Nobody ever thought these animals could see in ultraviolet, but in fact, they do,” Ron Douglas, the study leader and a biologist at City University London, England, told LiveScience.

What Does it Mean for Dogs? 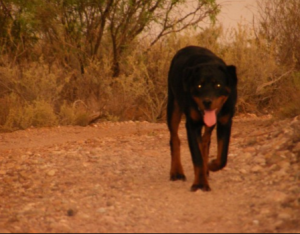 The study revealed that the lens of dogs were capable of transmitting significant amounts of UVA  in the range of 315 to 400 nm, suggesting that they are UV-sensitive animals. It was also found that species who were partially nocturnal had lens capable of transmitting UV, while diurnal animals had lens that prevented such wavelengths from reaching the retina. This may suggest that dogs can see UV light because they used to hunt nocturnal critters, while us humans relied more on visual acuity so to effectively see during the day. Further studies are needed though to determine exactly pinpoint how dogs may have benefited from seeing UV lights. Perhaps in their evolutionary past, detecting urine trails so to find prey animals would have been helpful and likely so was discerning a white bunny from a backdrop of snow.

“Now, if there is one thing humans are good at, it’s seeing detail, perhaps that’s why they have a lens that removes the UV. If they didn’t, the world would appear more blurred.”  Ron Douglas

Fun fact: Your dog’s urine will glow if you point a black light, a special flashlight that produces ultraviolet light, over it. Indeed, black lights are often sold for urine-detecting purposes so puppy owners can spot soiled areas on the carpet and may effectively clean them up.