Dogs are often believed of being capable of detecting paranormal activity, and perhaps this is because of their highly developed senses, but are dogs truly gifted to sense the paranormal? Can dogs really sense the presence of a spirit of ghost? Countless dog owners report that their dogs at times act as if they have seen a ghost, intently staring at the wall or ceiling and barking repeatedly but there’s nothing there. What is going on? Some explanations are quite down to earth, but interestingly, at times, things may never have a proven explanation. So today, let’s discover more facts that tie dogs more closely to the paranormal along with some interesting ghostly tidbits. 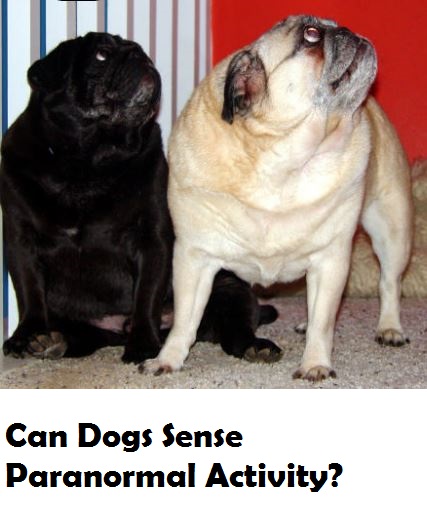 When your dog is barking intently at noises you cannot hear, it’s easy to wonder whether he’s interacting with some poltergeist in the mood for mischief especially around this time of the year, but can dogs really hear ghosts?

Barking at the wall or ceiling may seem to suggest that, but perhaps it’s best to skip contacting your local paranormal investigation team for now and have your local exterminator’s number on speed dial instead.

Before assuming your dog is responding to some sort of paranormal events, let’s take a look at some interesting facts about his uncanny ability to detect sounds.

Dogs are known for being blessed with sensitive ears and you can literally watch them move their ears in different directions to attain a better reception. Blessed with 18 muscles, watch those doggy ears in action: rising, lowering, tilting, rotating and even moving independently from one another!

Noises are simply sound waves traveling along molecules in the air, but it takes a specialized sense of hearing to allow reception of the world’s faintest sounds. First off, consider distance. Sounds you’re able to hear may range from 20 feet away,  bit Rover is capable of detecting from as far as 80 feet. Then, consider pitch. Rover wins big time here again, detecting frequencies that are twice as high in pitch compared to the ones you’re capable of perceiving.

So with this being said, it may sound doable for a dog to sense ghosts, doesn’t it? After all, ghost hunters invest in amplified microphones and digital audio recorders to detect the paranormal, but when it comes to Rover, he certainly seems to be naturally gifted.

However, most likely, your dog is not reacting to a ghost or spirit, but something more down to earth such as some distant noise, or if he’s barking and staring at a specific spot, some sort of critter living in your wall, ceiling or basement. Mice, raccoon, bats, squirrels, opossum and birds are critters known for making themselves at home in people’s houses, so relax and consider calling your local exterminator (hopefully one that’s committed to humane pest control) to have your home inspected.

Fun fact: Dogs have the uncanny ability to hear ultrasonic frequencies,  high-pitch sounds that are mostly over 20,000 Hz. According to Louisiana State University, humans are capable of detecting sounds within the range of 64 to 23,000 Hertz, while dogs can detect sounds between 67 and 45,000 Hertz.

And They Can See Things Humans Can’t See 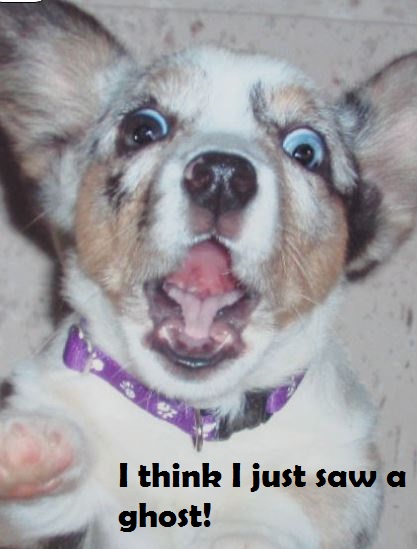 Dogs may miss out on visual acuity, but they are gifted with other vision features that are worthy of discovering. Sure, Rover might not be able to tell the difference in color between a Granny Smith or Red Delicious apple, (dogs see colors in a similar fashion as people who are red-green color blind -that makes him a deuteranope by the way), but he’s certainly better than us in seeing in the low-light conditions. This must have put dogs on an evolutionary advantage back in the days when they were hunting down nocturnal critters.

So with this being said, it sounds doable that dogs may be capable of sensing the presence of ghosts. After all, ghost hunters invest in night vision and infrared cameras to detect paranormal activities.

However, if you see your dog staring intently at something, it’s more likely he just spotted some random bug such as a moth or a spider rather than witnessing a ghost!

Fun Fact: On top of seeing better in dark conditions, dogs have also the ability to see ultraviolet light. According to a study published in the Proceedings of the Royal Society B, researchers found that the lens of dogs and other many mammals allowed some ultraviolet light through. This may have further helped dogs hunt at night since the ability to see ultraviolet increases visual sensitivity in low light conditions, therefore helping a dog discern a grey rodent running against a backdrop of a brown field at dusk. 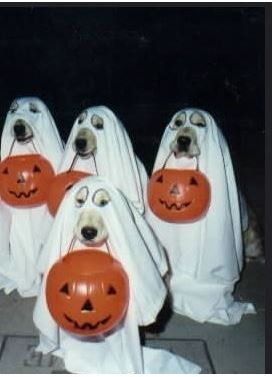 Can Dogs Detect Ghosts Then?

Being equipped with superior senses means that dogs are better capable than us in detecting things that we cannot see, smell or hear. This often makes us wonder if dogs can sense paranormal activities.

There are many stories of dogs acting weird in the home, dogs chasing what look like orbs and dogs acting scared without a plausible explanation. While there may be many down to earth explanations for these behaviors, at times though, it seems like no reasonable explanation can be found. Does this mean that dogs can see ghosts?

The chicken- or- the -egg dilemma applies here perfectly: If ghosts don’t really exist, how can dogs ultimately detect them in the first place? Is paranormal dog behavior therefore non-existent?

For those who believe in ghosts, the answer is almost a no-brainer: of course, dogs can sense ghosts! And statistics show lots of people believe in them. According to a 2005 Gallup Poll, 37 percent of Americans believe in haunted houses, while 32 percent believe in ghosts.

And for those skeptics out there, they might want to know what science has to say. As of today, science doesn’t really seem to have an explanation as there doesn’t seem to be any credible empirical data to support the existence of any paranormal activities or events. The one million dollar prize offered by the James Randi Educational Foundation (JREF) to anyone who can demonstrate a supernatural or paranormal event under agreed-upon scientific testing criteria, has yet to be granted. Until then, it just seems like behind every orb, shadow or possible poltergeist, there’s always some perfectly rational explanation. However, for those ghost believers out there, science has something that can bring some hope about dogs being able to sense the paranormal and this time it comes from Einstein: “Energy never dies; it can neither be created nor destroyed.” So the next question is: what happens to that energy? With that being said Happy Howl-o-ween to all!

Did you know?  Great danes were believed in the past to make great ghost hunters as they always seemed to have an uncanny ability to seeing things that are “not” there, explain Gerald Hausman and Loretta Hausman  in the book “The Mythology of Dogs: Canine Legend.” Scooby-Doo and Marmaduke were likely inspired by this breed’s trait.