If you own a puppy or dog, you may stumble on the word “booster shot” upon visiting the veterinarian but what exactly are booster shots in dogs? As the name implies, booster shots are vaccinations that are meant to boost your dog’s immune system so that he is better protected against disease. Puppies are often given a series of shots starting at the age of 6 to 8 weeks which are given about every three to four weeks until the puppy is about 16 to 20 weeks old. Adult dogs get booster shots too throughout their lives oftem on a yearly basis, but frequency of shots often remains a subject of heated debates. 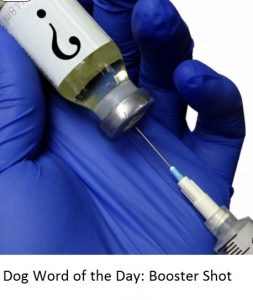 The Role of Memory Cells

A booster shot is basically an extra dose of a vaccine that is given after an earlier dose (prime dose). Basically, it’s a  re-exposure meant to increase immunity so that the dog’s memory cells are reminded about the antigen. To define it extra simply, a booster shot can be described as a ‘reminder’ to your puppy’s or dog’s immune system.

To better understand this, one must learn how the immune system works. Interestingly, the immune system has special memory cells, in the sense that when the body fights virus or bacteria, these memory cells remember their invaders so that they can fight them readily a second or third time.

The best part, is that when these memory cells readily recognize a bacteria or virus, their time to defeat them greatly shortens as they produce many more antibodies than before. While immunity to a specific virus can be built when a dog becomes infected, the same immunity can be accomplished through vaccination.

A vaccine is basically a very weak or dead version of specific viruses or bacteria that sends your dog’s memory cells on high alert so that they can successfully fight these invaders in future encounters, but with the great advantage of not making the puppy or dog sick. This offers a win-win situation which comes very handy especially when it comes to defeating very dangerous illnesses in dogs such as parvo or distemper.

A Word About Puppies 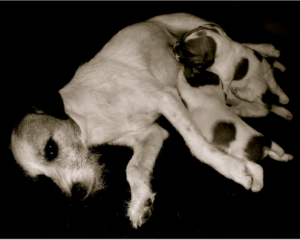 It’s estimated that puppies receive about 98 percent of their immunity from this milk, explains veterinarian Dr. Race Foster. These maternal antibodies passed to the puppy basically only cover diseases that mother dog had been recently vaccinated against.

The reason why puppies are first vaccinated at around 6 to 8 weeks of age is because prior to that, maternal antibodies will still be in the puppies’ bloodstream, and thus, would block the shot’s effectiveness.

After a few weeks though, the levels of maternal antibodies will drop to a low enough level so that the vaccine will work; however, the level of absorption may not be high enough to provide complete protection.

Did you know? Vaccines do not start working in protecting puppies and dogs immediately after they are administered. When a vaccine is given, the antigens must first be recognized and then must be remembered by the immune system. According to Race Foster, it may take up to 14 days for full protection to be achieved. 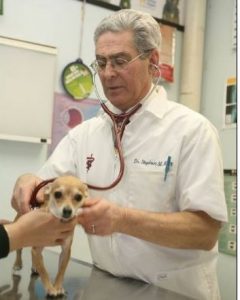 A Look at Vaccination Schedules

To up the chances for absorption, puppies must be vaccinated following a precise schedule. According to a study, at 6 weeks of age, about 25 percent of puppies can be immunized, at 9 weeks, 40 percent, at 16 weeks 60 percent and by 18 weeks, 95 percent.

These results suggest that at least three booster shots given about 3 to 4 weeks apart will need to be given to provide protection and build up defenses until the puppy is about 16 weeks of age.

“For patients that have low-risk lifestyles or whose owners want less frequent vaccination, your veterinarian may recommend giving certain “core” or essential viral vaccines to your dog on a three year schedule.”~Ernest Ward, DVM, VCA Animal Hospitals 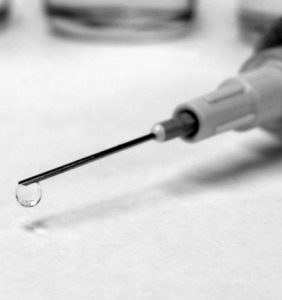 A main problem with booster shots is that they are often given too often, when they are not really needed.

For instance, according to the Rabies Challenge Fund, contrary to common knowledge, studies have revealed that when the duration of protective immunity was measured by serum antibody titers, protection against rabies appeared to persist for even seven years post-vaccination!

Titer testing is an effective way to determine the level of antibodies against a specific disease in a dog’s body. Titer testing reveals the level of anamnestic response, that is, how good the memory of memory cells is and how quickly they respond after a certain amount of time has elapsed from when the primary vaccine was administered. If the anamnestic response is high, the veterinarian may determine there is most likely no need for a booster shot.

While this sounds great, there are a few disadvantages associated with titer tests. One major one is that according to VCA animal hospitals, a high serum antibody, doesn’t guarantee protection against a specially virulent strain of the disease. Another unfortunate disadvantage is that if a specific antibody titer is found to be low, a booster shot that covers a single disease may not be available, and if it is, it often costs more than a multivalent vaccine that covers several diseases. Finally, titer testing in dogs costs more than the actually booster shot, so people often opt to just give the booster shot instead rather than going through the titer testing hassle.

“In kids, we eventually stop vaccinations after puberty; in adults, vaccinations are usually given in a series. But with our pets, we continue booster shots until they are well into their senior years.” ~Dr. Karen Becker

How much do booster shots generally cost? Generally, the cost for core vaccines like rabies, distemper and parvo are around $20 to $30, not including the veterinary office visit fee which may range between 35 to 75 dollars. Non-core vaccinations such as bordetella, lepto and lyme may cost a bit less, around 10 to 15 dollars.

Disclaimer: this article is not meant to be used as a substitute for professional veterinary advice. Consult with your veterinarian to determine which vaccines are appropriate for your puppy or dog.