There are dogs bred to search explosives, dogs bred to search illegal drugs and then you have dogs bred to search for truffles. Truffles might not be too popular in the United States, but they are quite popular in Europe such as in countries like Italy and France. And for sake of clarity, when we mention the word “truffle”we’re not talking about those delectable chocolates everybody loves, but rather those prized edible mushrooms eagerly sought out by chefs worldwide. Since truffles are not easy to come by, their prices can easily amount to hundreds even thousands of dollars which makes people eager to search for them. Truffle hunters may employ pigs to search for truffles or, more commonly now, specially trained dogs, but not all dogs are created equally for the task. So today’s trivia question is:

What dog breed hunts for truffles?

The correct answer is D, the Lagotto Romagnolo is the dog breed that hunts truffles. 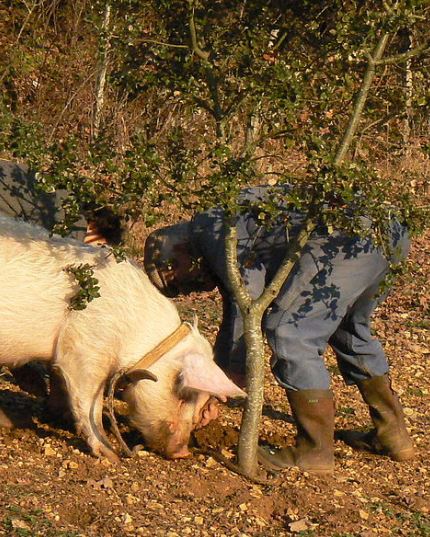 An Alternative to Pigs

Ah, truffles! Everybody seems to love truffles. Truffles are tubers that grow underground so it takes a good sense of smell to detect them and extract them.

A while back the domesticated pig, called “the truffle hog” was primarily used to hunt for these delicacies. While pigs are not easy to train as dogs, they are highly motivated as they naturally love truffles and are able to detect them from as deep as three feet underground.

However, using pigs has several disadvantages. For starters, pigs don’t have too much stamina, secondly, they’re not very easy to train (try to train a pig the leave it cue), and thirdly, they want to eat the truffles once they find them and no matter how valuable truffles are, you definitely don’t want to wrestle a 300-pound hog that’s highly motivated in chowing down on a truffle, explains Charles Lefevre, the president and founder of New World Truffieres. It looks like truffle hunting has therefore gone to the dogs.

A Matter of Training 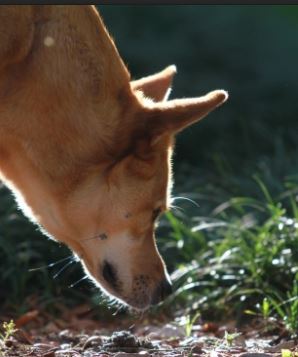 While pigs hunt down truffles naturally because they are drawn to them, dogs need a little bit of extra training considering that truffles are things that dogs don’t really have a natural interest in…at least until you create strong associations with food.

Dogs though tend to catch on quickly once they learn that finding truffles means food. The training generally starts by training dogs to find an item that was coated in truffle oil. Criteria is then increased and the dog is asked to find the item first buried under leaves, then under rocks and then under soil.

Finally, the dog is asked to find a ripe truffle and voila’ you got a glimpse into the making of a trained truffle dog. While many types of dogs can be trained to hunt for truffles, some of them seem to excel more than others, and a sure winner in this department is the Lagotto Romagnolo dog. 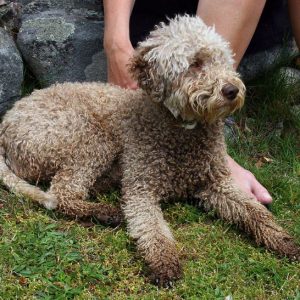 In Italy, the use of truffle hogs has been prohibited since 1985. The reason being that, in their enthusiasm for hunting truffles, pigs ended up  causing substantial damage to the truffles during their digging efforts, making them no longer an option.

Dogs are therefore the only option and the Lagotto Romagnolo surely does a great job when it comes to hunting truffles.

Coming from the Italian region of  Romagna, this dog breed’s name literally means “the lake dog of Romagna.” Lagotttos indeed were initially bred as gun dogs who retrieved downed ducks from the water. Their  wooly waterproof coats indeed were helpful for this original task. However, somewhere between 1840 and 1890 the Lagotto gradually lost its original function as a water dog.

Yet, these dogs were quite far from retiring, and their highly developed nose and aptitude for searching, made them wonderful candidates for truffle hunting and this is what most of them are employed for today. This breed’s tightly-knit coat also turned handy for hunting in the chilly and thorny woodlands during the fall-winter period when truffles are most abundant.

” A natural gift for searching and a very good nose has made the breed very efficient in finding truffles. The former hunting instinct has been modified by genetic selection; hence his work is not distracted by the scent of game.”~American Kennel Club Breed Standard

Did you know? The Lagotto Romagnolo was just recently officially recognized by the American Kennel Club. This breed indeed was just welcomed in 2015.