Let’s face it: a dog who likes to run away can make you feel as if you or your home aren’t attractive enough and you may somewhat feel betrayed by your dog’s running away behavior. You might also feel a bit offended especially when you think of dogs being depicted as loyal companions who just want to stick by their owner’s side, take “Shadow”, for instance, your next door neighbor’s dog who follows her around all day. Don’t take it too personal though, not all dogs carry the word “Shadow” as their nickname. As social animals, from a dog’s perspective venturing in the great outdoors is quite an attraction, and the exhilarating sensation associated with it may even beat those doggy cookies you are trying to offer to convince your dog to come back home. 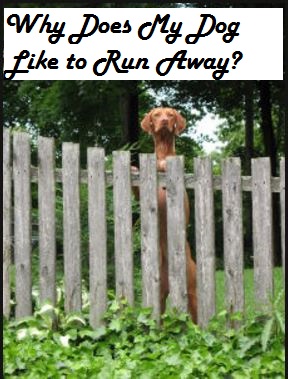 Possible Reasons Why Your Dog Likes to Escape

There are several reasons why dogs like to escape, but you may have to put on your investigative hat to discover what may be triggering your dog’s behavior. Does your dog get stressed when you are getting ready for work? Where does your dog go when he escapes? What does he do? By investigating what keeps your dog’s escaping behavior alive, you may be able to come up with some resources that can potentially make the behavior less desirable to engage in in the future. Following are several reasons why your dog may like to escape.

If your dog is in the yard all day, there are chances he may be bored and under-stimulated. Each and every day, he is secluded to that space where nothing special really happens. After sniffing around and urine marking some spots, life gets boring quickly. Dogs can’t play Sudoku or play that new video game that just came out. Oh, and playing tug with some tree roots, chewing up the garden hose and barking at the mailman gets old after some time. Yet, life beyond that fence seems quite the opposite and attractive. There are kids playing with a ball, people are walking their dogs and the breeze keeps wafting the scent of a roaming cat. Soon temptation sets in. It’s sort of like a child looking over a fence that unveils Disneyland on the other side. Soon, the dog sees an opportunity to escape. The gate was accidentally left ajar or your dog may have come to realize that the fence has a weak spot through which he can crawl under or squeeze through.

Once out, a stimulating world unveils beyond a bored dog’s eyes. He gets to play a game of ball with the kids, he follows at a distance other people walking their dogs, he gets to chase the neighbor’s cat, and as bonus, while he’s out there, he may even get some tasty goodies such as a taste of a leftover piece of sandwich left over the curb.  In just one outing he gets exercised, receives attention and even gets something to eat, quenching those hunger pangs he has been feeling for some time! Rover sure has a fun day out there until his owner returns home, snaps a leash on his collar and returns him to, yes, you got it, that super boring yard. What party poopers dog owners are!

“Fenced dogs may not get much exercise and may get less than dogs that are leash walked, played with Frisbees and balls, taken to agility training or obedience training or involved in competitive jumping.” ~ Karen Overall

Searching For a Mate 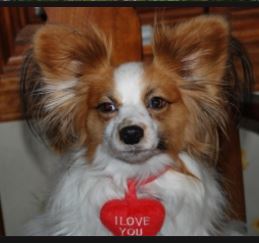 If your dog is intact, meaning that he wasn’t fixed, he may be escaping to find a soul mate. No, dogs don’t look at newspaper ads to meet attractive singles nor do they join clubs like “Doggy Matchmakers” or “Canine Mingle.” If you think your dog is not escaping to meet a new love because you’re not aware of any intact “ladies” in your area, think again. Dogs can smell a female dog in heat from quite some distance, and those sure are powerful hormones! Female dogs in heat will urine mark quite a lot so to advertise their availability and it sure seems to work better than ads or dating sites. All it takes is a whiff of that stuff and soon intact males will be showing up by her doorstep in hopes of meeting Princess Fluffy, the new French poodle in town. And just to get the facts straight, intact male dogs aren’t the only ones to roam for love. Even intact female dogs may run away in search of a mate, given the opportunity.

“When your dog is in heat she gives off pheromones which a male dog can smell from miles away. Male dogs will become interested in her and may fight over her.”~ Banfield Pet Hospital 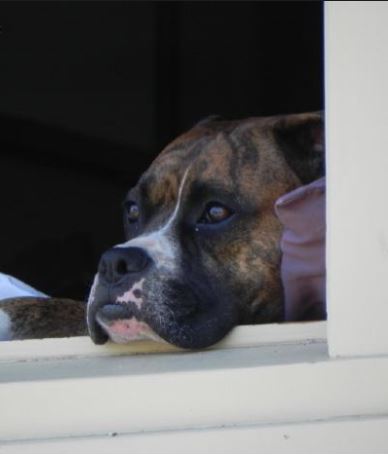 At the opposite side of the spectrum, there are dogs who escape for the simple fact that they want to be re-united with their owners. Perhaps one of the best examples of these loyal pooches is the story of Hachiko, the famous Akita who would escape so he could meet and greet his owner at the end of each day at the nearby Shibuya Station.

In particular, dogs suffering from separation distress may try to escape their homes and yards in hopes of reaching their owners. In the home, these dogs may focus on scratching at doors and windows, while in the yard they may dig their way under the fence.

Just following their owner’s fresh scent and getting to greet their owner even if at the end of the day is self-fulfilling as these dogs may feel as if they have gotten a bit closer to their goal.

In some cases, dogs may be escaping as a response to frightening situations. Out of desperation, a dog may dig his way out of the yard if he feels frightened by scary noises such as thunder storms or firecrackers. If crated, these dogs may even injure themselves as sheer panic takes over and they try to chew or dig their way out. In some cases, dogs may be escaping when they move to a new home and they want to find their way to their former home where they felt more secure and had a strong sense of belonging.

10 Tips for Dogs That Escape 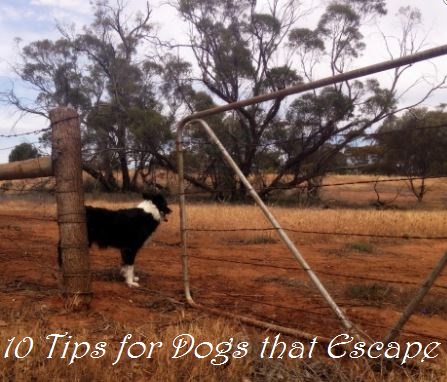 Dogs who escape and roam the neighborhood are at risk from being hit by cars, being exposed to toxic material and being injured by other animals. Dogs may also be a liability to other people and animals they encounter. Worth mentioning is also fecal contamination. Controlling roaming behaviors in dogs is a public health and community matter that’s often restricted. It’s therefore in the dog’s best interest to minimize his chances for escaping. Following are some important tips: