Yes, just like people, dogs can get diarrhea from stress too. Sure, dogs don’t have to balance their checkbooks at the end of the month, they don’t have job interviews and they don’t go through divorces, but their lives at times can often get hectic and stressful too. Their sources of stress may be different than the ones we face, but their digestive tracts and nervous systems share many similarities with ours and therefore dogs show similar symptoms to some stress-induced medical conditions affecting the digestive tract such as irritable bowel syndrome (IBS) so common in humans. While dogs may develop stress for many reasons, stress-related diarrhea is highly contextual, meaning that it predictably flares up during stressful events. 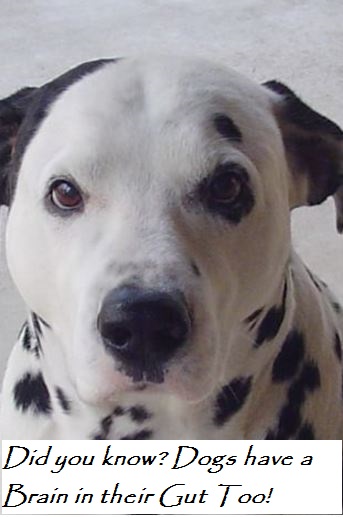 Just like humans, dogs are equipped with what is known as the “brain-gut axis,” a sort of superhighway connecting the central nervous system with the gastrointestinal system. This highway is populated by a complex network of million of neurons responsible for many regular functions that have fascinated scientists and clinicians for several decades. Among these important functions are regulation of the digestive tract’s motility and secretions, digestion, absorption, energy balance, blood flow and appetite regulation. Because the gut has a lot of similarities with the brain and there is extensive network of neurons lining the gut,  it’s often referred to as “the second brain” or more technically speaking, “the enteric nervous system.”

” Neurons were supposed to be nerve cells that only existed in the Central Nervous System (CNS), the brain and the spinal cord. But it turns out that there is a network of neurons in the gut designed to integrate the outside world with the inside of a mammal.” ~Patricia McConnell 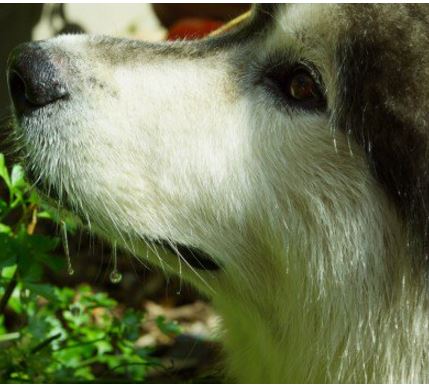 Dog trainers and dog behavior consultants are surely acquainted with Ivan Pavlov’s work. This Russian physiologist is known as being the “father of classical conditioning” but his discovery about pairing stimuli further proved a gut and brain connection. Here’s how the story goes.

Ivan Pavlov’s main mission was studying digestive processes in humans, so to better gain an insight, he employed several dogs in his experiments. His goal was to study the salivary glands, but he somewhat got side tracked when a curious happening started to unfold right under his eyes. As his fellow white lab coat scientists started offering food to the dogs, the dogs began salivating profusely (which was something expected to happen), but at one point, he noticed a curious phenomenon: the dogs started salivating at the mere sight of a white lab coat even in the absence of food!

This study therefore proved that the dogs have the cognitive ability to form associations pairing one stimulus to another, but beyond this important discovery, which paved the path into the enriching world of learning theory, Pavlov’s studies revealed that the digestive system is not only capable of learning, but is also capable of “memory processes.” Just like the salivary glands, the intestines of a nervous person affected by irritable bowel syndrome can learn to spasm in the presence of stimuli that have been paired with a trigger. For example, the digestive tract of a person fearful of flying may start getting upset just by being at an airport without even boarding a plane! In dogs, this can be seen too, for example in dogs who get nauseous on a car ride because the car ride has been associated with going to the vet.

“Data relating to the fact that the digestive system is able to learn and therefore shows evidence of memory processes was demonstrated experimentally in Pavlov’s research with dogs, when the Russian scholar was able to teach the dog’s digestive system (in this case the salivary glands) to respond to the presence of environmental stimuli, that, per se, would have been irrelevant to digestion, if the dogs had not learned to that they could be related to the administrating of food.”~Tullio Scrimali

The Effect of Stress 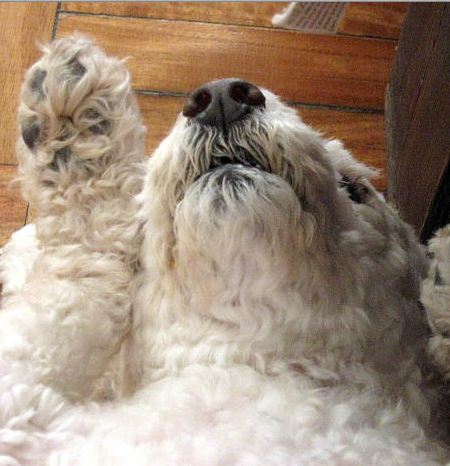 When a dog has a difficult time recovering from some acute stressor or is affected by repeated, chronic stress, the brain-gut axis is negatively affected. Release of the hormone norepinephrine as part of the fight or flight response triggers several physiological changes. The dog’s heart pumps faster, the breathing rate increases, blood flows towards the muscles so the dog is ready to spring into action. The pupils also dilate and the senses sharpen.

In the gastric system several changes take place too. Since blood flows towards the muscles, there is less blood flow to the dog’s stomach. Reduced oxygen is delivered to this organ triggering lack of appetite and slowed down digestion. While there is decreased stomach emptying, increased intestinal motility and changes in the intestinal microflora balance may trigger diarrhea and abdominal pain. Stress colitis, an inflammation of the colon caused by stress, causes increased motility and rapid transit times which leads to diarrhea sometimes accompanied by blood and mucus in the stool. Sometimes stress may also “wake-up” medical conditions that cause digestive problems that may have otherwise remained “dormant”. Some dogs may have a flare-up of pancreatitis or a bout of coccidiosis or inflammatory bowel disease when they are stressed and their immune system defenses get low.

At a first glance, dogs may seem to lead overall happy lives. They are fed food served in shiny bowls, have soft pillows to sleep on and they get to enjoy great perks such as bones to gnaw on and interactive toys to play with, so what kind of stress affects them? Many dogs suffer from stress and the causes of stress may vary from one dog to another. For instance, being boarding at a kennel, the presence of a new baby or a new pet in the home, moving to a new place, exposure to frightening noises or a sporting event can all be stressful happenings for dogs. Even the choice of training methods and training tools can affects dogs causing them stress if they’re based on  coercion. On top of acute stress, dogs can also suffer from the consequences of chronic, cumulative stress and this may not only affect the digestive and immune system but also the whole body. 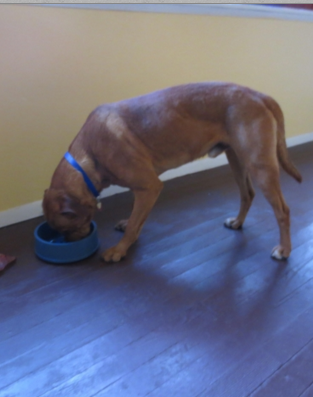 The best way to prevent stress-induced diarrhea in dogs is to take steps to minimize exposure to stressful triggers. If removing the source of stress is not a feasible option, there are several calming aids such as DAP collars, calming CDs and calming supplements for dogs. These aids can help take the edge off while implementing behavior modification under the guidance of a professional invested in force-free behavior modification.

Interestingly, there is a growing interest in using diet to boost tranquility in dogs. Omega-3 fatty acids are mostly known for their antioxidant and anti-inflammatory effects, but have also shown the ability to “modulate neurotransmitters and to affect neuroplasticity” explains Dr. Lewellen in an article for DVM360.

According to a study, fatty acids were discovered to have the ability to influence the same pathways as fluoxetine does, a medication often prescribed to dogs suffering from anxiety disorders. McGowan, Ph.D., of Nestlé Purina Research also noticed how an increased intake of fish oil led to calming effects in dogs “from both a behavioral and physiological standpoint.”

Another promising product are probiotics, in particular the Bifidobacterium longum strain. McGowan conducted a study in 24 dogs and noticed positive effects in giving B. longum to anxious dogs. Research is expanding as a growing body of evidence has started to show the beneficial effects of nutrition on the brain-gut axis, and the good news is that promising new developments are  expected in the future to help out all those stressed and anxious dogs out there.

“Altering diet to manipulate the availability of precursors for the hormones and neurotransmitters that regulate behavior has merit as a means to mitigate many behavioral issues.” ~Dr. McGowan

Disclaimer: this article is not meant to be used as a substitute for professional veterinary advice. If your dog has diarrhea or is sick, please consult with your veterinarian.