Among the many structures that are part of a dog’s brain, the hypothalamus deserves a place of honor. This is a tiny structure carrying out many important roles. Responsible for many nervous system and metabolic processes, life without a well-functioning hypothalamus would equate to a total disaster, surely leading to the wipe-out of an entire species. So today we will be discovering more about a dog’s hypothalamus, the many roles this structure plays in a dog’s life and the negative consequences when things go wrong. So let’s have the dog’s hypothalamus directly tell us his/her story! 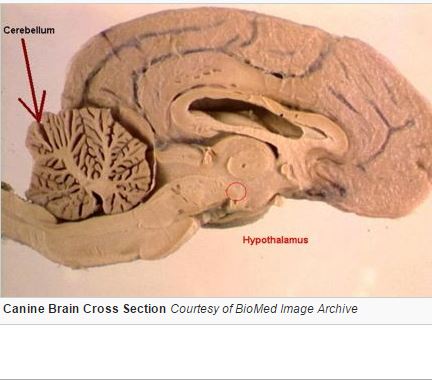 Hello, it’s your dog’s hypothalamus talking! As you already know, I am a tiny structure that resides in your dog’s brain. but don’t underestimate my size! My name derives from my location, the word “hypo” is the Greek word for “under” while the word “thalamus” refers to “the part of the brain where a nerve emerges.” I am therefore called this way because I am located just below the thalamus, the dog’s relay center for sensory and motor pathways in the brain. I play an important role in connecting the dog’s nervous system with the endocrine system and do many, many things. Following is a rundown of the many tasks I am proud to accomplish!

I am a Gauge 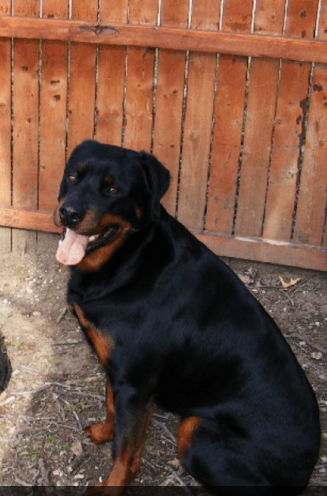 I am responsible for maintaining homeostasis, a state of balance or equilibrium in your dog’s body despite changes that are often outside of your dog’s control. It is thanks to me therefore that your dog is able to survive and engage in normal day-to-day activities. Here is a a brief rundown of some of my important tasks: 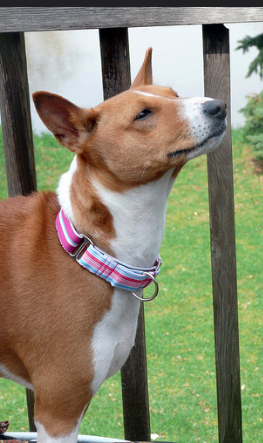 I am a Working Partner

You’ll often find me working on controlling hormones that are released by the pituitary gland, also known as the ‘master endocrine gland’ of your dog’s body. You see, the pituitary gland and I are close friends connected by a slender stalk. Upon receiving a signal from the nervous system, I secrete special neurohormones which are responsible for stopping or starting the production of pituitary hormones (releasing or inhibiting factors).  Several of these hormones play a role in maintaining homeostasis as discussed above. The hormones include the following:

Did you know? Darcy F. Morey, in the book “Dogs: Domestication and the Development of a Social Bond” explains how the hypothalamus was a structure that sustained significant changes in the neurochemical features of domesticated foxes in Belyaev’s famous farm fox experiment. 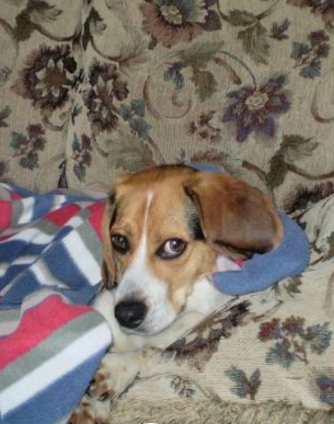 When I secrete insufficient amounts of corticotropin- releasing hormone (CRH) it can trigger secondary hypoadrenocorticism (Cushing’s disease). Basically,  here’s what happens. I  secretes corticotropin-releasing hormone, CRH, which acts on the pituitary gland, triggering it to release adrenocorticotropic hormone (ACTH), which in turn stimulates the adrenal gland to produce cortisol. The cortisol then returns to the hypothalamus and the pituitary gland which regulate the production of CRH and ACTH. Now, sometimes adrenal glands are affected by tumors which cause them to release excessive cortisol. The more cortisol the adrenal glands secrete, the less CRH and ACTH  are secreted, which, you named it, leads to problems.

Even though it’s possible for thyroid problems to arise due to a dysfunction taking place anywhere in the hypothalamic-pituitary-thyroid axis, according to Merck Veterinary Manual the chances for this happening are fortunately quite low considering that over 95 percent of clinical cases of hypothyroidism derives from destruction of the thyroid gland, a condition known as primary hypothyroidism.

I also play a role in the onset of diabetes. Remember how I explained how I cause a sense of hunger when my cells are not receiving glucose? Well, in diabetes, despite the production of glucose, my cells are unable to receive any glucose so they keep informing the body that it is hungry and needs food! So affected dog will eat more, but since the glucose doesn’t ever get to reach my cells, it will build up in the bloodstream, and sometimes at dangerous levels!

Did you know? In a study by Denis Burdakov, Simon M Luckman, and Alexei Verkhratsky the authors explain that the brain risks becoming irreversibly damaged when it’s deprived of glucose, even if just for a few minutes! The incredible importance of having adequate concentrations of glucose is likely why the brain itself  has evolved to becoming the main means for monitoring and responding to changes in glucose, rather than relying on other peripheral organs like the liver!
Last but not least, in certain circumstances, I can become damaged such as in the case of a car accident, a surgery gone wrong, degeneration due to old age or the presence of a tumor (usually detectable via MRI). When this happens, the symptoms you notice will vary based on the part of me that’s damaged. As you can imagine, since I carry out so many tasks the health repercussions can be many!

As seen, I am quite an important structure! Actually, I think I play the most important role in the dog’s endocrine system. By telling the pituitary gland to release certain hormones, I make sure that all the internal processes of your dog’s body are working normally as they should. Hey, here’s an interesting final fact for you: I am an area of the brain that has well-documented differences between males and females. Just thought this is another interesting fact you may be interesting in that makes me even more unique!

Yours truly,
Your dog’s hypothalamus