Your dog’s immune system is always working around the clock to keep your dog protected from insidious diseases. In particular, white blood cells, the cells of your dog’s immune system, play the role of soldiers actively protecting the fortress (your dog’s body) against infectious diseases and foreign invaders. Mast cells, even though having a bad rap due to allergies, anaphylaxis and cancer, are a type of white blood cell which also have a protective role. Today, let’s take a closer look into a dog’s mast cells, what they do, how they work and the things that can wrong. 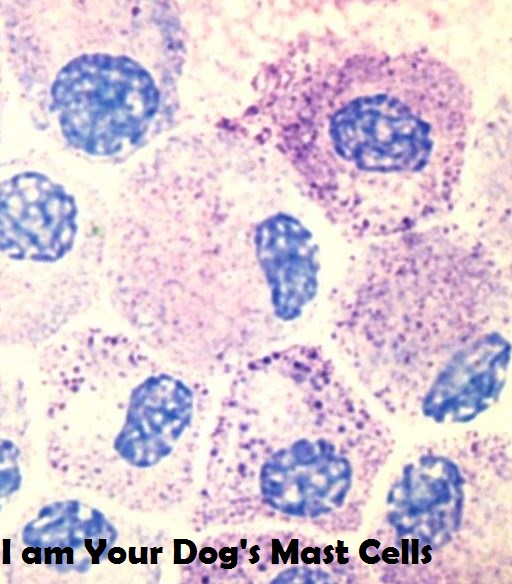 Hello, it’s your dog’s mast cells talking! As mentioned, we are a type of white blood cell. Actually, to be more descriptive, we are granulocytes, a sub-type of white blood cells that are known for having granules in their cytoplasm. Many of our granules are rich in histamine and heparin, an anticoagulant, along with other substances. We were first described by Paul Enrich in 1878, who noted our distinguishing feature of having large granules.

We are born in your dog’s bone marrow and then distribute in most tissues of your dog’s body, but we’re mostly like to stick around the skin, digestive tract, respiratory tract, mouth, nose and eye area. In healthy dogs, we normally populate body tissues only, and only very rarely are we detected into the blood stream.

We are equipped with special storage sacs which house powerful molecules called mediators which are released in specific circumstances and that produce local responses. 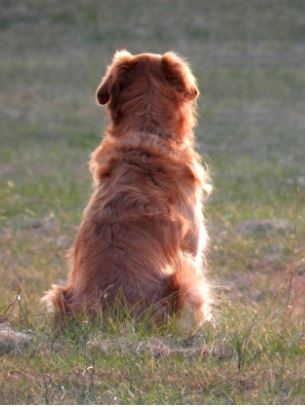 As mentioned, we are guardians who protect the body from perceived invaders and actively respond to the presence of allergens and inflammation. Since we are located by the skin, mouth, eyes and nose, we play a prime role in detecting allergens. We are basically pretty inactive beings when all is well, but the moment we detect an allergen in your dog’s body, we rapidly degranulate, releasing histamine. This explains why your dog gets all itchy when he eats a food he’s allergic to!

When histamine is released, it can lead to swelling, redness, itching, welts and even anaphylaxis, a severe systemic reaction to an allergen such as from bees stings and drugs. In dogs, skin allergies are more common rather than the classic allergy symptoms seen in humans such as sneezing and developing a watery nose and eyes. Antihistamines are helpful in keeping allergy symptoms under control.

“Histamine is useful in the body at certain levels.  Mast cells release histamine which helps attract other white cells to an area or an invader to help clean up the area, or mount an immune system reaction…  Histamine is important in immunity. However, too much histamine is not good for the body.” ~ Dr. Demain Dressler 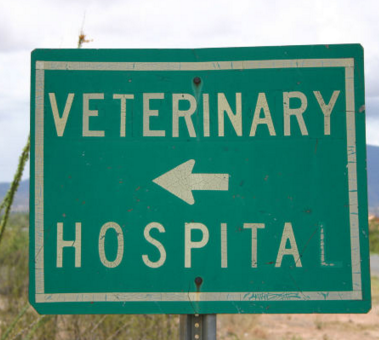 Yes, there can be too much of a good thing. While we are master immune regulators and infection fighting cells, things can get out of hand at times, such as when there are too many of us or we “misbehave” causing severe symptoms and disorders.

When it comes to the malignant, aggressive forms, mast cell tumors are often referred to as “the great imitators,” because it can take many different forms which can be confused with other skin problems. Sometimes they may present as a solitary bump or in groups on the dog’s skin, and often look like innocuous masses. This is why when your dog develops any unusual looking lumps, bumps or lesions, you should have them checked out by the vet, especially if they grow and change appearance. Mast cell skin tumors may appear as lumps that stay the same size for a while and then start growing. Mast cell tumors can be seen in any dogs, but boxers and Boston terriers are particularly affected.

When caught early and affecting only the skin (grade 1) mast cell tumors can be surgically removed, with wide and clean margins, and the cancer can be kept at bay.  Things start getting progressively worse through with grade 2 and 3. Treatment options therefore vary based on the grade of this tumor. Because we release histamine, heparin, and other enzymes when we’re damaged, we can cause major disruptions.  Too much histamine can cause the dog’s stomach to produce too much acid, which is why antihistamines and antiacids are often prescribed to dogs with mast cell tumors. On top of increased acidity, the release of histamine, heparin, and other enzyme may also have negative effects on the dog’s heart rate, blood pressure, and other important body functions.

Did you know? Mast cell tumors commonly affect a dog’s skin and subcutaneous tissues and account for 7 to 21 percent of dog skin tumors. (Source, References  1)

Kidz Search, author Kauczuk, Photo of skin mast cells at 100X using an oil immersion lens and an olympus digital camera. The cells are stained with Tol Blue, and might appear slightly degranulated as they were activated using an artificial antigen during the course of an experiment.