For us humans, stairs are just made out of series of steps meant to connect two floors, but for dogs, stairs can be perceived as obstacles that can also be a tad bit intimidating, especially when it comes to small-breed puppies who were never introduced to stairs before. If your dog is scared of stairs, you may often see him struggle with the desire to be re-united with you and the fear of going up or down all those steps. This can lead to approach avoidance behaviors where one moment he seems really motivated to go up or down, and the next, he backs away. Fortunately, there are several options to help dogs conquer their fear of stairs. 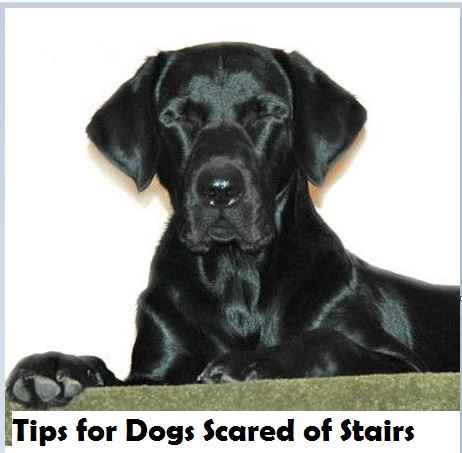 Why are Dogs Scared of Stairs?

Dogs tend to be fearful of the unknown and this is an adaptive instinct that back in time turned handy as it prevented dogs from getting themselves into risky situations.

Perhaps the puppy you got came from a breeder who may have failed to introduce the puppies to stairs before, sending them out to their new homes without this experience or perhaps you have a rescued dog who lived in a one-story home for most of his life.

Dogs therefore have an instinct to avoid things they are not familiar with. Even in the sport of agility, if you attend the first classes, you may notice how most dogs (other than the occasional Mr. Confidence) are very cautious around the obstacles and need days or perhaps weeks of training to learn how to climb an A-frame or run confidently through tunnels. For a good reason agility courses are often recommended for dogs who need a boost of confidence. Overcoming this initial hesitancy can do oodles to help tentative dogs better develop their self-esteem.

So back to your dog, those stairs are a just another big obstacle that he is naturally wary about. On top of that, consider that dogs are not used to using their paws to walk up and down steps as most of the world they have encountered so far was always flat, therefore, they might not realize exactly how they must use their feet to climb and descend a flight of stairs. Proper paw placement is therefore an additional criteria they must get accustomed to.

But My Dog Was Never Scared of the Stairs Before! 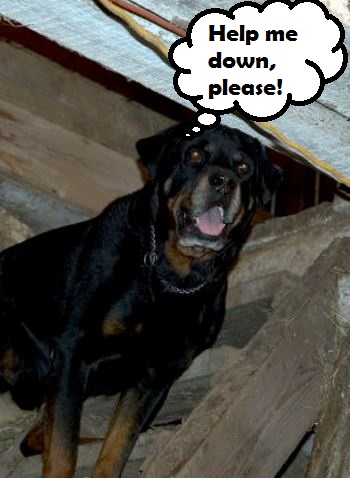 Sometimes, dogs may develop new fears and phobias even towards things they were accustomed to before. A dog’s ability to learn is never static, it is always prone to changing due to the plasticity of the dog’s brain. So just as your dog can learn new behaviors such as a new phenomenal trick, he can also learn to avoid things if for some reason he perceives them as threatening.

What may have triggered though this new fear?  Why is my dog afraid of stairs suddenly? Why won’t my dog go down stairs anymore? It could be due to various factors.

As a general rule of thumb, every time a new behavior develops seemingly out of the blue, it’s a good idea to evaluate with the help of a vet whether pain or some other medical problem may be a factor. 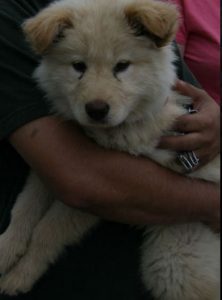 Should I Just Carry the Dog?

When a dog is intimidated by an obstacle that prevents him from joining his family, he can get quite frustrated and this often leads to whining.

The puppy owners at this point will feel very tempted to just pick him and carry him over the stairs. As much as this seems like a great solution, in the long run, it will put a dent in teaching the puppy or dog to climb the stairs. Why?

For the simple fact that the puppy or dog will have learned that by whining, his owners will promptly come to his rescue and airlift him over the stairs. And if the owners do not tend to his requests promptly, the whining will often get louder and longer, and pet parents may then rush to his rescue just to avoid hearing the relentless concert.

The end result? The puppy or dog will give up even trying to use the stairs because he has found the solution that works best for him: “If I just whine my owners will airlift me over the scary obstacle. ”

Should I Just Pull Him Up or Down? 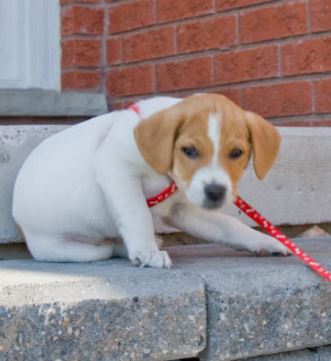 Another thing dog owners are often tempted to do is to take the short cut and try pulling the dog up or down the stairs using a leash. The concept after all is not totally unsubstantiated, considering that dogs are used to following us around when they are on leash. However, if the dog is scared of the stairs, a tug on the leash in this case will likely result in the dog putting his brakes on and categorically refusing to climb or descend.

And if you are thinking about physically pushing him, consider that this can even result in a defensive bite. Fear is fear, and by forcing an animal to confront it in a forceful manner, risks leading to more fear and even mistrust.

After all, how would you feel if you were terrified of water and somebody was trying to talk you into diving from a platform? The mere thought of this would have likely only exacerbated your fear, and on top of that, you likely won’t longer trust the person when he asks you to climb the platform. 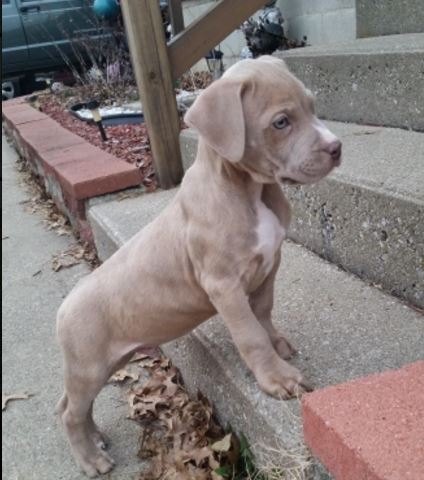 One Step at a Time

To help your puppy or dog overcome his fear of stairs you’ll literally have to take it one step at a time. Desensitization is a behavior modification process where you gradually work on making your dog less sensitive to a certain stimulus or situation, by systematically taking a step-by-step approach.

On top of desensitization, you also want to add counterconditioning, a behavior modification process where you work on creating positive associations with the stimulus or situation, so to change how your dog perceives it.

The goal is basically to have the puppy or dog learn that stairs are nothing to fear, and that great things happen there. Following is a step by step guide on helping your puppy or dog conquer his fear of stairs.

Avoid speeding through the process, slow and steady wins the race! If your dog seems at any time frightened, go back to a step where he’s more comfortable and gradually build from there.

Once your dog is comfortable going up, it’s time to practice going down from the top, as to dogs this may feel like a totally different experience.

At times, some dogs benefit from watching another dog going up and down steps with confidence. Once they watch this dog go up and down with no problems, they are tempted to try for themselves.

For particularly challenging cases, where a small breed puppy is reluctant to even go up one step, you can skip the stairs for now and practice getting the puppy to climb over a big book such as a dictionary. Once he’s confident, you can move back to the stairs.

Alternatively, some dog owners have had good success by using a target stick or their hands as a way to get their dogs to move up a step. If your dog is familiar with targeting, use your hand or target stick for your dog to target with his nose and click and reward with high-value treats for every sign of progress he makes.

Keep up the training on frequent basis by making enjoyable things happen when he goes up and down the stairs, such as put his bowl of food at the top or bottom of the stairwell, give him a new toy right after he comes down the stairs or clip his leash on to go for a funtastic walk. 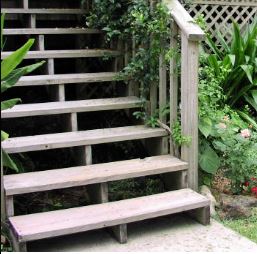 Some dogs are not scared of the actual steps, but of seeing through them as often seen in the steps found in porches and decks. These may seem confusing to the dog and he may be hesitant placing his feet on these steps. Who can blame these dogs after all?

Placing a blanket over these steps (making sure the stairs still keep their shape so your dog knows exactly where to place his feet) may make them appear less scary to navigate. With time, the dog will become more confident walking over them and gradually the steps can be uncovered by the blanket a bit at a time until you can totally remove it.

Did you know? In some cases, dogs are not scared of the steps much, but they are more worried about the surface. If the steps are not carpeted, you may try placing down some rubber matting or traction strips so to offer better traction.