How can puppies be born and get to survive and thrive despite being born in such a helpless state? When it comes to animals coming into existence, there are two ways that the mission can be accomplished: the mother may endure a long pregnancy or incubation period which produces fully developed offspring, or the mother may undergo a short pregnancy which produces immature offspring. These two strategies draw the line between precocial and altricial species. Let’s take a closer look into the differences among the two, shall we? 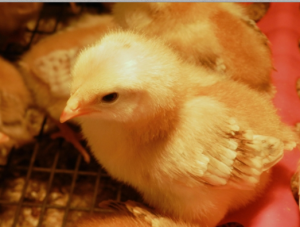 Let’s start with a lesson in etymology, the origin of words.

The word precocial derives from the Latin word praecox which means “maturing early,” which is also why we tend to refer to children or adolescents as “precocious” when we notice them developing certain abilities or physical traits at an earlier age than usual.

From a biological standpoint, generally precocial species refers to animals who are semi-independent and mobile from the day they are born or hatched. 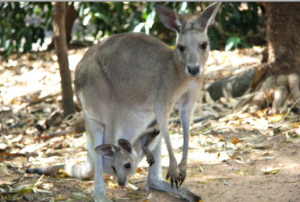 If we look at the etymology of the word altricial we will see that it derives from the Latin root “alere” which means to “nurse, rear or nourish.”

From a biological standpoint, generally altricial species refers to animals who unlike the precocial species, are born incapable of moving around, are sensory underdevoloped and are dependent to a great extent on their mothers.

Altricial species are born deaf and blind, cannot regulate their temperature and often require to be nursed and must be licked by their mothers in the anogenital region in order to eliminate. Their initial lives are usually centered around a nest, pouch (in kangaroos) or den for protection. 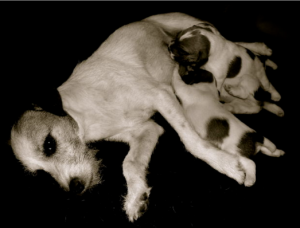 Advantages of Being Altricial

What are some advantages of dogs being altricial?  Here are some:

Because they are born helpless, altricial species are protected by their mother and provided with food and extra care. Being in a nest, den or pouch as seen in marsupials, also helps protect against predators.

One selective advantage for mother dogs is that they’re capable of absorbing puppy’s embryos in their early stage of development, an economical solution that allows a dead fetus to be broken down at an early stage when the fetus is only made of soft tissue and cartilage, explains veterinarian Steve Dean.

While altricial species are born with smaller brains at birth compared to precocial species, the trade off is that their brains continue to grow and attain larger sizes. (Ehrlich et al. 1988) This allows them time to gain more survival skills as they mature.

Did you know? Dogs are much tamer than wolves because of a longer period of development during which dogs have the opportunity to develop attachments, explain Raymond Coppinger and Lorna Coppinger in the book Dogs: A New Understanding of Canine Origin, Behavior and Evolution.