Dogs have been used for many years as working partners and along with the retrievers, the pointers and the spaniels, the setter dog deserves his spot of honor for being cherished as a gun dog. What is a setter dog? There are several different types of setter dogs and each one of them has unique traits that makes them special. Today, we’ll be discovering more about exactly what setter dogs are, we’ll take a look back into their history and what specific tasks setter dog breeds have been selectively bred to accomplish. 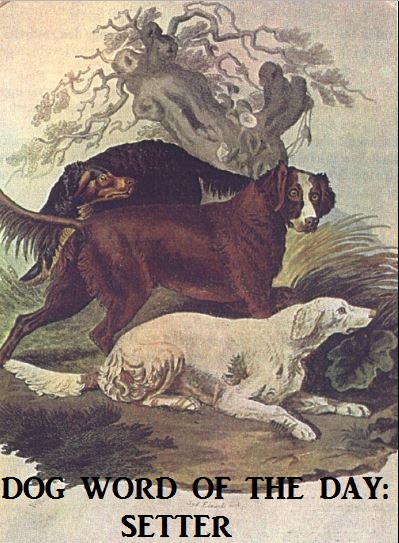 What is a Setter Dog?

A setter dog is basically a gun dog with a history of hunting birds such as quail, grouse and pheasant.

The name of these dogs derived from these dogs’ practice of “setting,” in other words, crouching low upon spotting birds at a certain distance. Therefore, when it comes to detecting birds, we have pointer dogs  that”point,” while setter dogs “set.”

The first setters are believed to date back to the 15th century in the United Kingdom.

Setter dogs are quick, stylish dogs who have a natural instinct to show interest in birds, a trait that has been often described as being “birdy.”

When it comes to appearance, most setters are blessed with a long, smooth coat of a silky texture. They can come in a variety of coat colors and are known for having long feathery tails.

Did you know? When setters catch the scent of a bird, they will wag their tails rhythmically. This tells the hunter that they have managed to track down game.

What Does a Setter Dog Do? 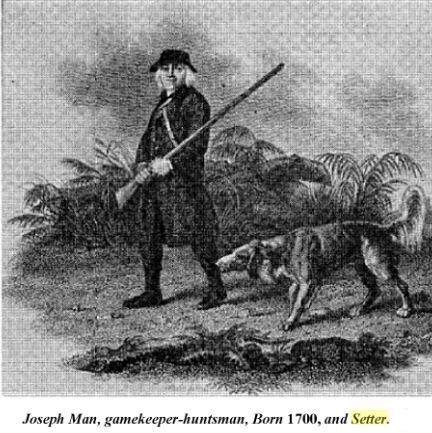 Unlike hounds, who tracks smells keeping their head low to the ground, setter dogs will carry their heads up as they search for birds by analyzing scent molecules wafting in the air.

Rather than chasing the birds as many dog would do by instinct, upon spotting the birds, setter dogs will crouch and “set,” a behavior that came handy in the past when hunters would toss a net to trap the birds.

When the use of nets were replaced by guns, setter dogs came still handy. They would hunt by freezing  so that the birds could be “flushed” and then shot by the hunter.

What Dog Breeds are Setters?

As mentioned, setters dogs are gun dogs who assisted hunters in finding game. Because setter dogs specialized in hunting birds, they were often referred to as “bird dogs” as well. There are several dog breeds that are considered to be setters. The American Kennel Club lists setters under the sporting dog group. The term “sport” is meant to depict the trend of hunting as a form of entertainment for members of the nobility and elite classes, a trend that was particularly popular in England. Following are four types of setter dog breeds. 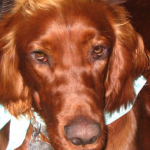 This dog is quite popular for its red or chestnut coat. It wasn’t until the 19th century though that kennels started producing solid red setters. Irish setters were selectively bred for bird setting and retrieving. Back in time, Irish hunters needed a dog who was fast working, equipped with a powerful sniffer and large enough to be seen from a distance. The Irish setter filled the gap with its known versatility. 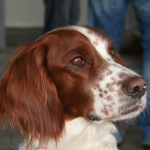 This breed of dog as the name implies, originated in Ireland. It shares many similarities with the Irish setter, one main difference though is the coat which, as the name implies, is white and red. The Irish red and white setter was originally bred to hunt birds such as the partridge, pheasant, woodcock or grouse which tend to hide rather than take flight. Despite being an old breed, the Irish red and white setter risked extinction at one point when the red setters became more popular. Thankfully, breeders took action to preserve the breed. 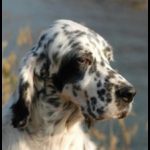 The English setter is the oldest type of setter, perhaps dating back to the 14th century. As the other setters, the English setter  was selectively bred to  locate quarry on the moors and then set util the birds were dispatched. Edward Laverack played a major role in breeding these dogs and coined the term”belton“to depict the roan and ticked flecks of colors seen in the breed, The term derives from the city of Belton where Laverack often hunted. 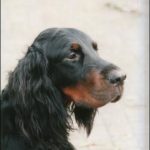 Gordon setters come from Scotland and were used there at least from the 1600s. This breed’s name derives from the Fourth Duke of Gordon who cared for many of these dogs at Gordon Castle. Gordon setters are the heaviest and slowest of the setters, and this trait became most pronounced when the breed first entered the show ring. Robert Chapman though worked on making this breed less ponderous. This breed though still remains slower than the other flashy setters.