Everybody loves to surround their dogs with lots of dog toys, but what if you must take a toy away from your dog? It’s important to follow certain guidelines when taking toys away from dogs so to prevent the onset of potential resource guarding problems. If you own a puppy, it’s best to practice these guidelines early, so that your puppy learns from the get-go that you are trustworthy and that there’s nothing to worry about when you approach him while he has a toy. If you have recently adopted a dog of unknown history or own a dog who shows signs of aggression when you’re taking toys or other possessions away, it’s best to err on the side of caution and make safety your top priority. Consulting with a behavior professional in cases as such is highly recommended. 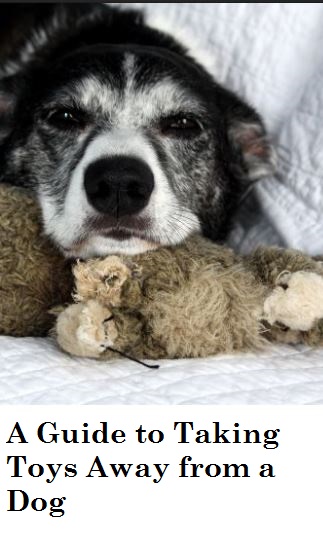 From a Dog’s Perspective

One other hand, there may be dog owners who may assume that dogs don’t mind having their their toys taken away just because they don’t react, but from a dog’s perspective a toy can be as valuable as bowl of dog food or a bone.

In many cases, dog owners may miss subtle signs of resource guarding that are less noticeable than the signature “this is mine, go away” serious warning growl. A dog may also not seem to mind having his toys taken away for a while, but after a repeated number of times of having them removed, he may end up getting progressively more and more defensive about it.

It’s important to remember that dog behavior is never static, it tends to change and this can go both ways: in developing desirable behaviors and the not-so-desirable ones.

“People routinely believe that they “should” be able to take toys from their dogs. This is a subset of the belief that we “should” be able to do thing to dogs because we are humans and they are dogs. Such thinking is outdated and dangerous and leads to inhumane treatment of animals.” ~Karen Overall

A Matter of Trust 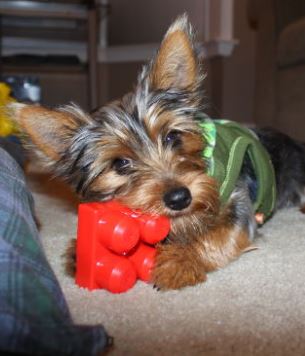 How would you feel if one day, as you are shopping at a busy market, you feel somebody slip your wallet out from your pant’s pocket or somebody pulls your purse off from your arm? Most likely, you would be very upset about it.

Dogs care less about losing money or identity theft, but they are sure concerned about losing access to certain resources they particularly cherish such as food, toys and favorite sleeping areas. Sure, dog owners are no strangers to dogs, but wouldn’t you still feel upset if you had $20 sitting on a table and a friend or somebody in your household would take it away from in front of your nose without even asking?

Dog owners often take for granted that a dog shouldn’t mind having a toy taken away from them, but this action, done repeatedly, may make dogs become progressively more and more distrustful.

Resource guarding, a dog’s tendency to act protective of certain items he perceives as valuable and worthy of guarding,  indeed is often a matter of trust. These dogs have learned they cannot trust their owners, as often when they approach, negative things happen, such as swooping their toys away from under their noses, or even worse, chasing them, cornering them and forcing them to relinquish the item.

It’s therefore important to know how to do this as safely as possible, and as mentioned, an ounce of prevention is worth a pound of cure, so best to start teaching dogs early so that they don’t end up growing up perceiving us as big party poopers who steal toys from under their noses making all the fun stop! So how can we take a toy away without making us resemble a Grinch, ruining Rover’s festivities?

Easy, we teach the advantages of fair trading. 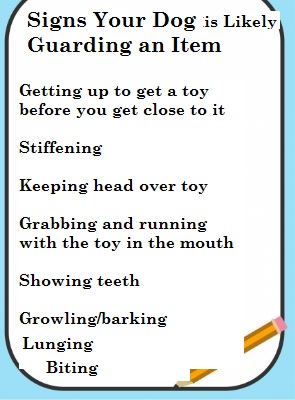 How would you feel if somebody tried to steal something you just purchased at an auction? Most likely, awful, and if you could, you would probably even feel compelled to grab the person’s arm to get it back or you might call the authorities, but what if, this person instead asked you to trade what you won in exchange for 100 dollars? Most likely, you would be like: ” Sure, here you go, thank you very much!”

Ah, ha! Same goes with dogs. However, there are some important guidelines to follow, here are a few pointers:

Disclaimer: this article is not meant to be used as a substitute for professional behavior advice. If your dog is prone to resource guarding, please consult with a qualified professional using positive methods.