Let’s face it, laser pointers seem to offer an ideal way to play with dogs especially because dogs seem to be very fascinated by them. Dog owners may just sit down, move the laser point in several directions and off goes Rover, following it into a frenzied chase. The countless videos of dogs chasing laser pointers are proof that many find it to be a fun way to burn a dog’s energy. Many dog owners prefer this to a game of fetch since they don’t have to continuously toss and handle a slimy ball. As fun as the game may seem though there are certain risks associated with it and some dogs have been already paying the price. 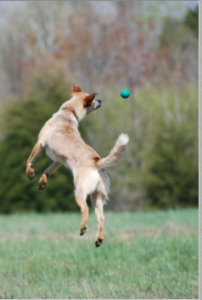 Why are dogs so attracted to laser pointers? The main reason is that it triggers their predatory drive. Just like a ball, the rapid movement of the light beam stimulates the dog’s nervous system, triggering the dog’s chasing instinct. The mechanism is similar to when dogs in the wild were chasing critters in hopes for a meal.

All dogs have some level of predatory drive in them as it’s part of who they are, and it will come out at some time or another, whether it’s from seeing birds, squirrels or a ball pouncing in front of them.

There is really nothing wrong with stimulating the dog’s predatory drive through games as games redirect it to appropriate outlets, but laser pointers no matter how attractive they are to dogs, are quite unique for the fact that they come with a major flaw. 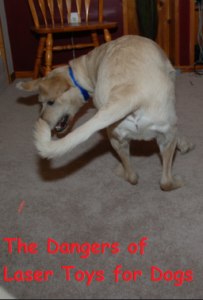 The main problem with the laser beam is the fact that unlike a ball, the dog never really gets to grasp it. The full predatory sequence in dogs consists of detecting the presence of prey, orienting towards it, stalking, chasing, grabbing, killing, dissecting and eating.

When dogs play with a ball, they get to catch it and some dogs even enjoy biting it or chewing on it. This fulfills a dog’s predatory drive. With  the laser pointer, the dog sees the dot but he can never gets to feel it or hold it, thus never completes the chase and catch sequence. This fruitless chasing and lack of closure may cause frustration and confusion in dogs overtime.

This is nothing new. Trainers of bomb and drug sniffing dogs know for a fact that fruitless searches may overtime cause dogs to get become drained and mentally disturbed. To prevent this, their dogs are occasionally taken on dummy missions where they finally get to find something and get rewarded for it. 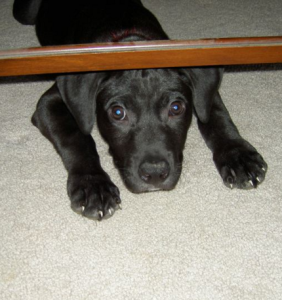 Playing frequently with laser pointers may therefore cause the onset of serious behavior problems, since overtime, the dog may start getting obsessed about it. Soon it becomes a behavior problem. It’s as if the chase instinct doesn’t turn off and the dog is constantly seeking a way to gain closure.

“I’ve seen light chasing as a pathology where they will just constantly chase around a light or shadow and pounce upon it. They just spend their whole lives wishing and waiting,” explains Nicholas Dodman, veterinary behaviorist and professor at Tufts University’s Cummings School of Veterinary Medicine.

Of course, not all dogs will become obsessed about laser pointers, but with several dogs already showing signs, why take the risk?

“Will playing with a laser or flashlight beam trigger behavioral issues in your dog?…maybe…maybe not, but it has in many anecdotal cases. Will your dog get hit by a car if you let it run loose in the neighborhood?…maybe…maybe not, but are you willing to take that chance?”  ~Dr. Caryn Animal Behaviorist and Dog Trainer 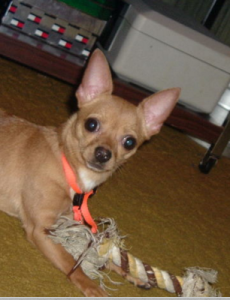 There are several better options than using laser pointers in dogs. One option is using a flirt pole, a stick with a rope attached at the end. With a flirt pole you can just fling it around without having to move around too much and your dog gets to touch it and catch it.

Tug of war, is another great game that can be fun for dogs and owners when played by the dog tug-of-war rules. There are several other great ways to keep dogs mentally stimulated while allowing them to channel their predatory drive.

Interactive games where dogs must chase a ball, grasp it and pour the contents out, offer a stimulating challenge that’s fun to watch too!

Did you know? According to an article on New York Times, Dr. Karen Overall, a veterinary behaviorist, estimates that about 8 percent of dogs in America (that’s about five to six millions!) suffer from obsessive behaviors.